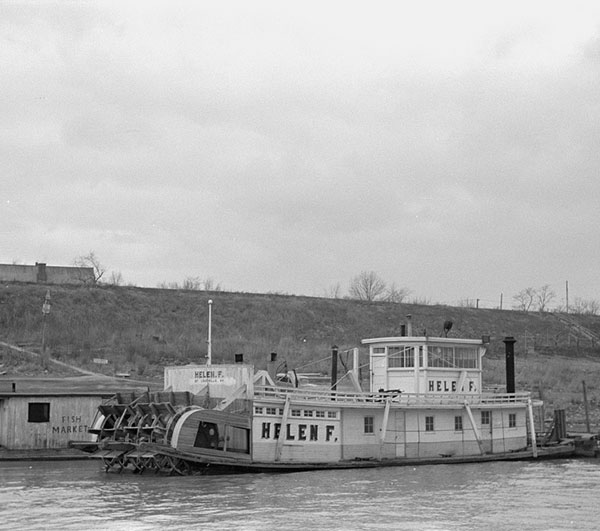 Near the middle of the nineteenth century, Ebenezer Davies, an English missionary to Guyana, traveled to the United States because of the ill-health of his wife. Entering the country at New Orleans, he made his way up its great rivers, arriving eventually at New York. He wrote many frank letters about American institutions. These were soon published as a book. He was appalled at slavery and recorded many horrors he witnessed, but found much else that was commendable in the United States. Here are observations regarding churches he penned on this day, February 19, 1848, while traveling up the Ohio River.

“On the 19th of February, about noon, we arrived at Evansville, on the Indiana side of the river. This was the prettiest place we had yet seen; and its charms were enhanced by the assurance that it was free from the taint of slavery. The rise of this little town has been rapid. Its population is about 3,000. Three “churches,” with their neat and graceful spires, rising above the other buildings, were conspicuous in the distance.

“At 5 P.M. we passed Owensborough, on the Kentucky side of the river. This, too, is a neat little town, with a proportionate number of places of worship. Indeed, on every hand, places of worship appear to rise simultaneously with the young settlement. The free and efficient working of the voluntary principle is the glory of America. In reference to “church” accommodation, it everywhere appears to decided advantage compared to the most favoured parts of England. On this subject Dr. Baird’s book on Religion in America is very truthful.”