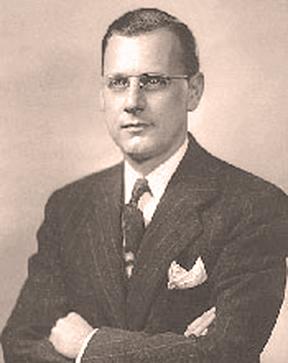 At a time when disbelief in the Bible reigned in secular academia, Harold John Ockenga became a highly-educated advocate for the fundamental doctrines and historic creeds of Christianity. He was a co-founder of the National Evangelical Association, served as president of Fuller Theological Seminary in Pasadena, and was a founder and president of Gordon-Conwell Theological Seminary, as well as a board member of Christianity Today. On this day, 8 December 1957, he preached a sermon at Boston’s Park Street Church that expressed many of the positions held by the new evangelical movement.

“What … is the direction in which the evangelical should go? First of all, the evangelical embraces creedal Christianity—Christianity as expressed in the confessions of the church, which is New Testament Christianity grounded upon the acceptance of the Bible as the Word of God, as plenarily inspired, and authoritative and infallible. Now on the basis of that Bible all of the doctrines of orthodoxy, which I need not mention now, are embraced by the new evangelicalism. This is their view. And this has a carry-over into the social scene so that there is an application of this to the problems of the day, so that our view of God, and of man, and of the church, and of society, and of sin, and of salvation, must have its effects upon the social problems of the day.

“What about the strategy? The new evangelicalism believes in the positive preaching of the Word and of the doctrines of Scripture … The evangelical believes that the gospel is the power of God unto salvation, that it will convict, that it will convert, that it will change, and that this gospel is intellectually defensible and respectable in the face of all of the onslaughts of the day. The evangelical is willing to face the intellectual problems—whether they deal with creation, or with the age of man, or whatever it is—examining the claims of the Bible itself concerning inspiration and revelation and to state those in the light of the best knowledge of the day in which it lives. The evangelical is unafraid of this, and he believes in the positive, aggressive, constructive presentation of the Word—that there can be the fruit that is given to it as God has promised that it will come. . . .