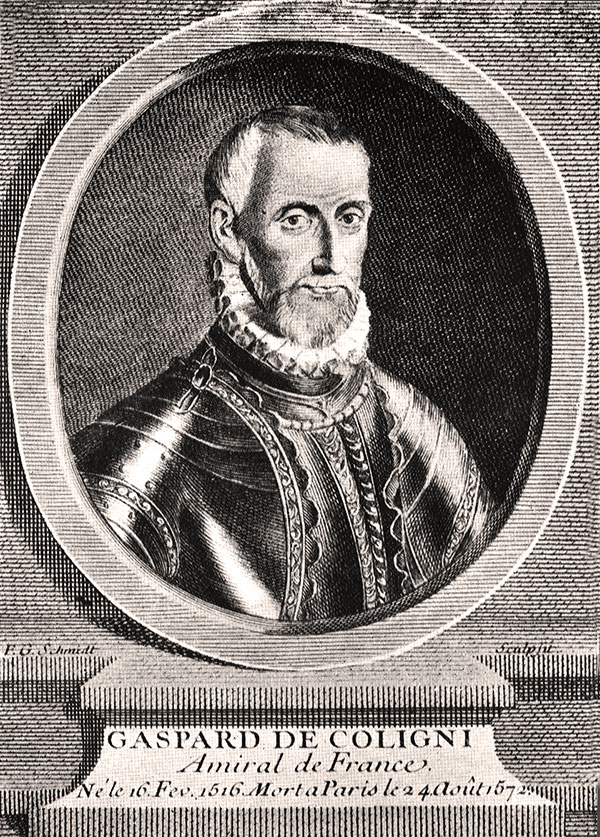 Gaspard II de Coligny was a French admiral. He sought to protect the Protestants in France and established colonies of these “Huguenots” overseas. In France he led the Huguenots capably if not brilliantly in the civil war that developed between them and the Catholic majority. His success at La Roche-l’Abeille and his ability to hold his forces together in defeat forced the government to negotiate. However, he was assassinated at the beginning of the St. Bartholomew’s Day massacre (1572) in which Catholics slaughtered thousands of Protestants across France. On this day, 16 October 1569, three years before his assassination, Coligny had been wounded, his army shattered, himself declared an outlaw by the government, cursed by the pope, and his castle burned to the ground by order of Catherine de Medici, he wrote the following words in a letter to his children:

“We must follow Jesus Christ, our Captain, who has marched before us. Men have stripped us of all they could; and if this is still the will of God, we shall be happy, and our condition good, seeing this loss has not happened through any injury we have done to those who have inflicted it, but solely through the hatred they bear toward me, because it has pleased God to make use of me to aid his Church. For the present, it suffices that I admonish and conjure you, in the name of God, to persevere courageously in the study of virtue.”