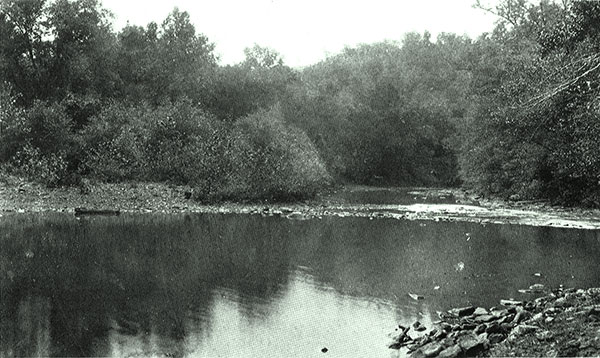 Ford at Rock Castle on Parker's Creek, Kentucky. Jacob Bower began to ponder God while fording a creek such as this.

Jacob Bower was twenty-five and living an unchristian life when he and his wife (her name is not given in his autobiography) visited his godly father in Kentucky. On this day, 14 October 1811 the couple said goodbye to Jacob’s dad (whose name also is not given). He rode with them to a nearby creek. Jacob offered his dad a drink, but the older man refused it. Instead he asked Jacob to give him a promise. Jacob agreed. As he forded the river, it hit him that God had heard his promise. Beginning with that promise, a chain of events unreeled that put him under deep conviction. The result was that he and his wife were converted. Jacob became a successful Baptist frontier evangelist. Here are the simple parting words of Jacob’s father that God used to begin his son’s conversion.

“I want you to promise me that you will serve God and keep out of bad company.”