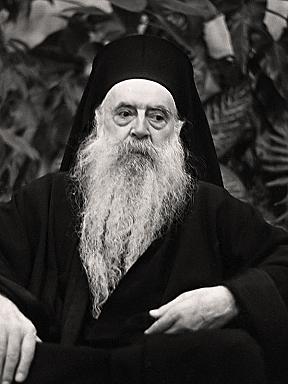 In 1054, ongoing disputes between the eastern and western branches of Christendom came to a head. Pope Leo’s representatives excommunicated the Patriarch of Constantinople, who retaliated by excommunicating them. This resulted in a split that lasts to this day. The excommunications were not lifted until 1965, and the Orthodox Church still considers some Roman Catholic positions heretical. However, in 1964, Patriarch Athenagoras I of Constantinople and Pope Paul VI met in Jerusalem and prayed together as a step toward reconciliation. On January 5, 1964 Athenagoras made an address to the pope from which today’s excerpt is taken.

“Christian humanity has been living for centuries in the night of division. Its eyes have become heavy from gazing into the darkness. May this meeting of ours be the dawn of a shining and holy day, wherein future generations of Christians will commune from the same Cup of the precious Body and Blood of the Lord and will praise and glorify the one Christ and Savior of all in love, peace, and unity.”