Saving Jews Amidst the Confusion of War - 1939 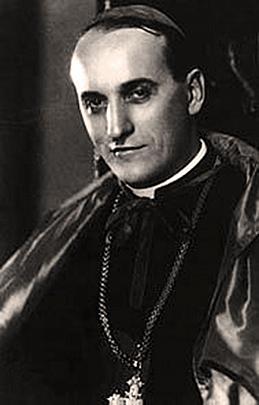 Stepinac sheltered Jews and the homeless during World War II.

Alojzije Stepinac, now canonized as a saint, was the Roman Catholic archbishop of Zagreb, Croatia, in Yugoslavia, during World War II. He sought the independence of Croatia from Yugoslavia and was on close terms with many Croatian nationalists and the Nazi invaders. Nonetheless, he spoke out against the brutality of both. To his credit, he put himself in danger defending Jews. To some he gave certificates of baptism, others he sheltered in his residence, and others helped escape to safety. He resolutely defended Jews who had contracted mixed marriages with Catholics and enlisted Catholics in aiding Jews, Eastern Orthodox Christians, and other refugees. On January 11, 1939 he sent the following request to two hundred leading Croats asking for their help:

“Due to violent and inhuman persecutions, a large number of people had to leave their homeland. They are left without means for normal life, and wander throughout the world...  Every day a large number of emigrants contact us asking for intervention, for help in money and goods. It is our Christian duty to help them... I am free to address to you, as a member of our church, to ask for support for our fund in favor of emigrants. I ask You to write Your free monthly allotment on the enclosed leaflet.

Zubrinic, Darko. “Cardinal Alojzije Stepinac and saving the Jews in Croatia during the WW2.” http://www.croatianhistory.net/etf/jews.html.