“The Lord’s people is of the willing sort.” Robert Browne () Calls for Religious Liberty. 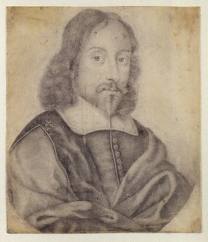 Robert Browne was the first leader of the English separatist movement in the time of Elizabeth I. This movement grew out of the Puritan protest, but it was far more extreme. The Puritans were just lobbying for change in the national church; some wanted a little less Catholic—style ritual, some wanted a whole reorganization of the church. The separatists were so disenchanted with the national church that they left it and set up their own illegal underground congregations. In fact, they rejected the very idea of a state church that incorporated every person and enforced its religion by law. They believed that true churches should only be for people who join of their own free will, and restricted to the genuinely holy.

This Treatise of Robert Browne’s is aimed at the Puritans. They longed for the churches to be reformed and improved, but if they weren’t, well that’s too bad, they just had to put up with it. They certainly weren’t going to break the law by changing the churches themselves, or leaving to set up their own. Browne accuses them of bowing to the government of the land instead of the rule of Christ. He also asks what the reform of the church has to do with the government anyway, arguing that the state has no business interfering in matters between God and his people.

It is hard to realize just how scandalously radical Browne’s opinions were in the 1580s because they are more or less taken for granted today. A national church was what held society together and had done for a millennium.

This is one of the first writings for religious liberty in the English language. Browne has been called the father of the Congregationalists and is certainly a grandfather of the Baptists. It was the second generation of separatists that took their ideas of religious freedom on the Mayflower. How much influence his actual writings have had is very hard to say; but this is sure few people who lived then could have dreamed how successful his ideas would become.

Are they not ashamed thus to slander the magistrate? They have run their own swords upon the wall and broken them, and now they would snatch for themselves the magistrate’s sword.

Indeed, can the Lord’s spiritual government be no way executed but by the civil sword, or is this the judgment that is written: “Such honor shall be to all his saints?” Is this “to bind the Kings in chains and the nobles in fetters of iron by the high acts of God in their mouths and a two—edged sword in their hand?” (Psalm 149:6—9)—those bands and chains (which are the spiritual power of the church) they have broken from themselves and yet they would have the magistrates bound with them to begin discipline. They would make the magistrates more than gods yet also worse than beasts. For they teach that a lawful pastor must give over his charge at their discharging, and when they withhold the church government it ought to cease, though the church go to ruin thereby. Behold now, does not the Lord’s kingdom give place to theirs? And do not they pull down the head, Christ Jesus, to set up the hand of the magistrate?

If the magistrates are enemies to the Lord’s kingdom, why are not these men better warriors to behold the same? For they give up the weapons of their warfare into the enemies’ hands, and then say they cannot do anything because of this. (By “their weapons,” I mean those of which Paul speaks, that “they are not carnal, but mighty through God to cast down strongholds” and so forth.) These weapons they have given away, for they have not the keys of the kingdom to bind and loose and to retain or pronounce “remitted” the sins of men, seeing they grant there is much open wickedness incurable among them and also insist that it needs to be tolerated. Yes they have given up these keys to the government authorities or to the spiritual courts, and therefore have no right to call themselves the church of God or lawful pastors of it.

“Christ is at the right hand of God, gone up into heaven,” says Peter, “to whom the angels and powers and might are subject.” How then should his power tarry for the government, except they think they are better able to uphold it than he?

If they [the magistrates] be of their flocks, why should they tarry for them — unless they would have the sheep to force the shepherd unto his duty? Indeed, the government may force him, but it is his shame to tarry till he be forced. Be ashamed therefore, you foolish shepherds, and do not lay the responsibility on the magistrates, as though they should do that which in building the Lord’s kingdom the apostles and prophets were not allowed to do! They could not force religion, as you would have the government do, and it was forbidden to the apostles to preach to the unworthy or force a planting or government of the church. The Lord’s kingdom is not by force, neither by an army or strength, as are the kingdoms of the world.

There is no end of their pride and cruelty which ascend up and sit in the public officer’s chair and strike the people with continual plague, and such of them as have not gotten a runny nose, cry for ‘Discipline! Discipline!', that is, for civil force to imprison the people, or otherwise by violence to handle and beat them if they will not obey them.

But the Lord shall bring them down to the dust and to the pit as abominable carcasses—those who would be above the clouds, yes who dare presume on the throne of Christ Jesus and usurp that authority and calling in his church which is opposed and contrary to his kingdom and government.

This shall appear afterward; in the meantime, let them know that the Lord’s true people is of the willing sort. They shall come to Zion and enquire the way to Jerusalem, not by force or compulsion, but with their faces turned that way. Yes, like he—goats they shall be before the flock for the haste they have going to Zion, and they themselves shall call for the covenant, saying “Come and let us hold fast to the Lord in a perpetual covenant that shall never be forgotten.” For it is the conscience and not the power of man that will drive us to seek the Lord’s kingdom.