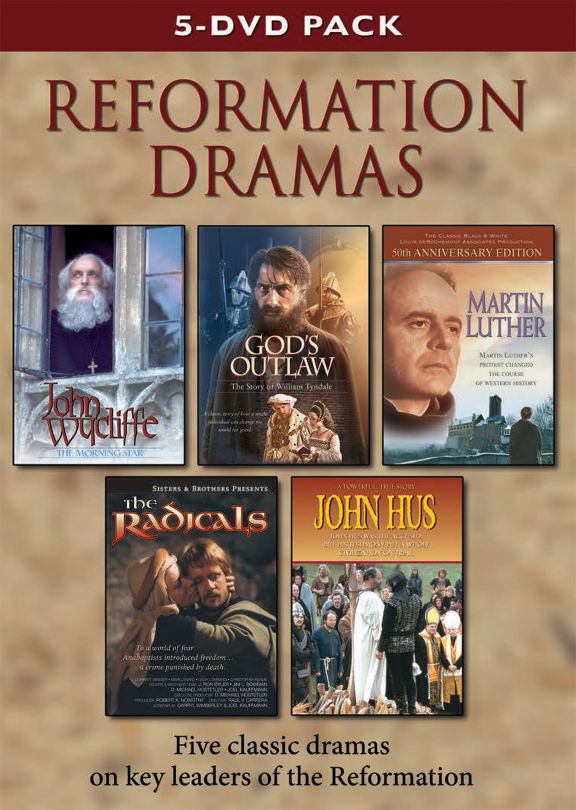 John Wycliffe: The Morningstar — John Wycliffe is a dramatic biography of the life of the 14th century scholar and cleric who translated the Bible into English for the first time. 75 minutes.

God’s Outlaw: The Story of William Tyndale — God’s Outlaw is about international politics, church intrigue, cold-blooded betrayal, and false justice ending in a criminal’s death. But it’s also about victorious faith and spiritual triumph over some of the greatest political and religious forces in the 16th century. 93 minutes.

Martin Luther — This dramatic black and white classic film made in the 1950's is a magnificent depiction of Luther and the forces at work in the surrounding society that resulted in his historic reforming efforts. 105 minutes.

The Radicals — Michael and Margaretha Sattler join a group called the Anabaptists and together challenge the 1,000-year control of the Church by the State. 99 minutes.

John Hus — Intrigue and false promises weave a powerful story of one man’s commitment to faith in Jesus Christ. In the end Hus was accused, imprisoned, and charged with heresy. Ultimately, he was condemned and burned at the stake as a heretic. 55 minutes.