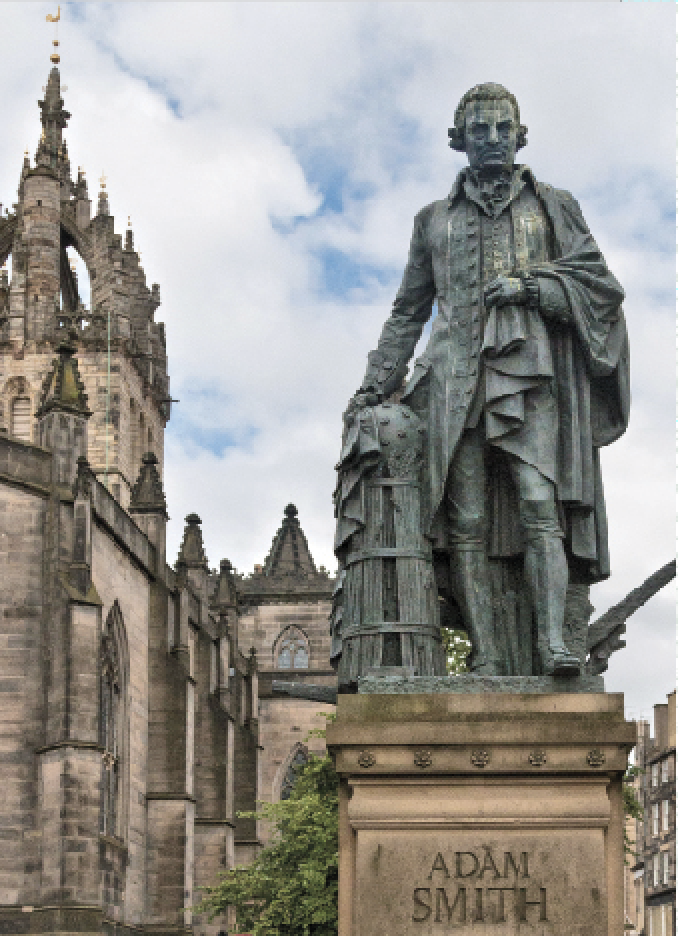 You may have heard of Adam Smith (1723–1790) as the apostle of free trade, the founder of economics, or the father of capitalism. Some Christians see those titles as three strikes against him. Nothing could be further from the truth!

Smith, a Scottish judge’s son whose prodigious intelligence won him admittance to the University of Glasgow at the age of 14, was foremost a moral philosopher. His first and arguably best book was The Theory of Moral Sentiments (1759). He wrote it while serving as professor of moral philosophy at his alma mater, and it grew out of important conversations between sentimentalist philosophers who argued that humans make moral decisions based on feelings as well as reason, and egoist philosophers who believed that humans choose based only on self-interest.

The book also debuted within the pervasive Reformed theology of the English and Scottish state churches. No one knows Smith’s personal beliefs and commitments regarding Christianity. His mother, with whom he lived for most of his life, was a devout member of the Church of Scotland, and he was good friends with leading Scottish churchmen like Hugh Blair and William Robertson, although his closest friend was the notorious philosopher David Hume. Even Smith’s correspondence tells us little about his personal convictions.

His work uses little Christological language and few biblical references. This could be because he rejected or doubted, like his friend Hume, or because he was attempting to establish his moral theory independent of divine revelation—an increasingly common practice in the seventeenth and eighteenth centuries. To add to the puzzle, in later editions Smith removed a long passage explaining how divine atonement fit with his theory.

But from the beginning, Smith’s contemporaries thought his work complemented Christian beliefs. Like the ancient Stoics, Smith advocated virtue as central to human flourishing. But he went beyond the Stoics and spoke of “universal benevolence” and “the impartial spectator” to indicate the role of Providence in world affairs.

According to Smith people should strive to be virtuous for their own good and for the good of their community. That in itself was not particularly novel. But his other ideas were revolutionary. Smith argued in Theory of Moral Sentiments, for example, that people with good intentions often end up harming those they seek to help—whereas people pursuing their own ends often benefit humankind.

That focus on the unintended social effects of people’s actions continued into Smith’s monumental treatise on economics, An Inquiry into the Nature and Causes of the Wealth of Nations (1776). (He told Hume that he wrote it “to pass away the time.”) With the right set of laws and institutions, he argued in a famous phrase, people pursuing wealth and commerce “are led by an invisible hand” to serve others as they advance their own self-interest.

Smith argued that the great “Director” of the universe created humans as social, creative, self-

interested, and able to sympathize with those around them. They are capable of violence and exploitation, but he thought that, with good institutions like property rights, free trade, open competition, and the rule of law, people will naturally generate great wealth, prosperity, and harmony. He advocated free exchange and free trade because he thought that the poor stand to gain the most from greater opportunity, productivity, and wealth. But he was no Pollyanna. He criticized unvirtuous consumption as frivolous and wasteful.

Christians have historically taught that wealth does not bring happiness. Yet Smith made a powerful argument that the commercial system of classical liberal institutions advance human flourishing by encouraging people to live virtuous and productive lives while also harnessing selfishness and greed to serve the common good. Ultimately Smith saw free markets and free societies as deeply in tune with human nature and the work of the deity.

Paul D. Mueller, associate professor of economics at the King’s College in Manhattan and author of Ten Years Later 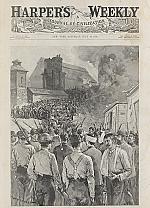