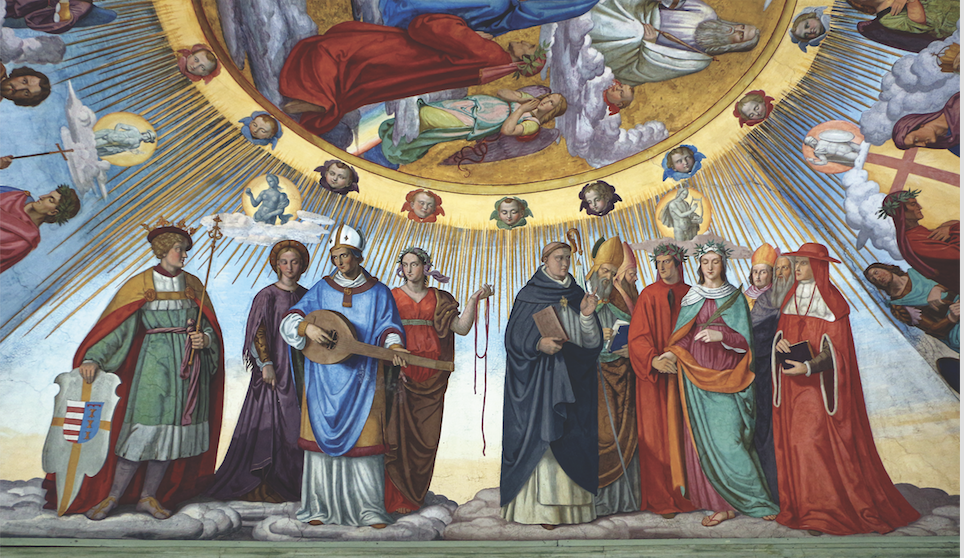 By 1277 Stephen Tempier (1210–1279), the bishop of Paris, had come to the end of his tether. Fierce arguments had been bubbling away for years at the University of Paris—and now even Pope John XXI, an alumnus of the university, was taking an interest. At the heart of the debate was one crucial question: what are the limits of God’s power?

On one side were the students of Siger of Brabant (c. 1240–1284), a brilliant master in the Faculty of the Arts, who followed the deterministic philosophy of Averroes (1126–1198), a Muslim commentator on Aristotle. On the other side stood Paris theologians who defended the freedom of God to do whatever he wishes, subject only to not bringing about a logical contradiction.

The Paris theologians accepted that both Aristotle and Averroes could be useful, but Siger always seemed to adopt the most radical interpretation of their words. For example while Averroes appeared to cast doubt on personal immortality, Siger taught that after death we rejoin a hive mind responsible for the rationality of humanity as a whole. Averroes showed that the universe could be eternal and uncreated. Siger claimed it must be eternal and that God absolutely could not have created it.

Siger couldn’t say that his ideas were actually true: that would be heresy and land him in hot water. Instead he walked a theological tightrope—explaining that while logic meant his teaching should be true, faith actually contradicts reason, and as a good Christian, he believed what faith taught. His students went further, however, and suggested that two truths could coexist: one according to reason and another according to faith. The church found this suggestion unacceptable, instead defending rationality as a gift from God that could never conflict with Christian doctrine.

Multiverse, yes or no?

Siger’s great intellectual opponent had originally been Thomas Aquinas, who had tried to reconcile the philosophy of Aristotle and Averroes with Catholic theology. By 1277, though, Siger had left Paris and Aquinas was dead. But still the debate simmered.

As a result Bishop Tempier took stringent action. In March of that year, he published a list of 219 opinions that derived from the teaching of Siger and his disciples and forbade Christians to hold any of the ideas on the list. The condemnations of 1277 prohibited the denial of personal immortality and human free will. It became illegal to say God could not have created more than one universe or a vacuum.

The condemnations did not aim to lay down doctrine: the bishop was careful to avoid making positive statements about the actual number of universes, or whether a vacuum actually could exist. After all, scientific orthodoxy at the time followed Aristotle by saying that a vacuum is impossible. Tempier did insist that God could create a vacuum through his absolute power—and furthermore, that he could have ordained the laws of nature to permit vacuums. We now know this is true and that most of space is empty.

Despite their strictness, the condemnations did not shut down scientific debate. On the contrary they permitted natural philosophers to consider whether Aristotle might be wrong and work through the physical consequences of that. Above all they preserved God’s freedom to arrange the universe as he saw fit and the freedom of human beings to make moral choices.

James Hannam is the author of The Genesis of Science: How the Christian Middle Ages Launched the Scientific Revolution.