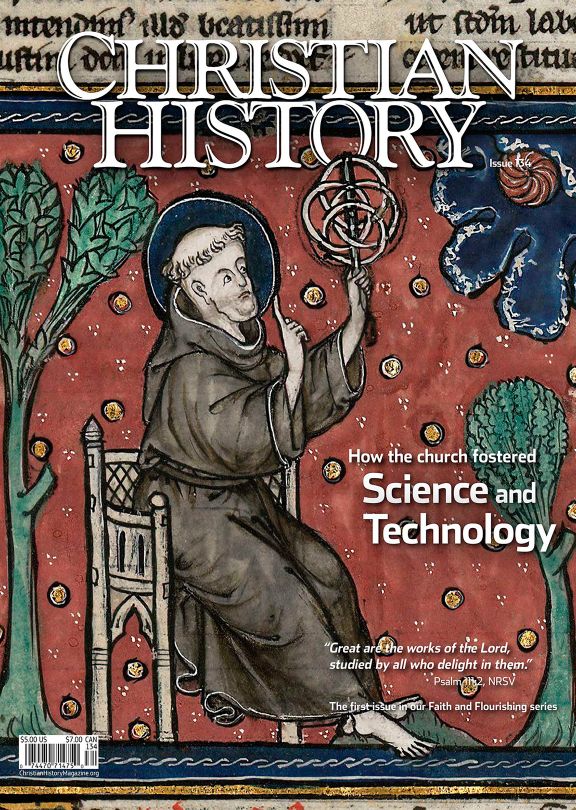 Is there really discord between scientific exploration and faith? Or is there a more complex story beneath the surface? Learn in this issue about scientists who pursued science, not in spite of their faith, but because of it.

Is there really discord between scientific exploration and faith? Church history tells a different story, starting with the Christian appreciation of God’s creation and his image-bearing gift of human reason to understand it. In this issue of Christian History, meet the thinkers who, from the early days of Christianity right down to this century, have seen their study of science as reflecting their deeply rooted faith. They weren’t scientists in spite of being Christians; they were scientists because they were Christians first. Discover along with them how faith is enriched by an increasing understanding of the scientific world in issue #134.