The Book of Concord (1580) collected a number of Lutheran confessions into one authoritative spot. Here is the editors’ explanation of its content.

We believe, teach, and confess that the sole rule and standard according to which all dogmas together with [all] teachers should be estimated and judged are the prophetic and apostolic Scriptures of the Old and of the New Testament alone, as it is written Ps. 119:105: “Thy Word is a lamp unto my feet and a light unto my path.” And St. Paul: “Though an angel from heaven preach any other gospel unto you, let him be accursed,” Gal. 1:8. Other writings, however, of ancient or modern teachers, whatever name they bear, must not be regarded as equal to the Holy Scriptures, but all of them together be subjected to them, and should not be received otherwise or further than as witnesses. …

And because directly after the times of the apostles, and even while they were still living, false teachers and heretics arose … brief, succinct confessions, were composed against them in the early Church, which were regarded as the unanimous, universal Christian faith and confession of the orthodox and true Church, namely, the Apostles’ Creed, the Nicene Creed, and the Athanasian Creed. We pledge ourselves to them, and hereby reject all heresies and dogmas which, contrary to them, have been introduced into the Church of God.

As to the schisms in matters of faith, however, which have occurred in our time, we regard as the unanimous consensus and declaration of our Christian faith and confession (especially against the Papacy and its false worship, idolatry, superstition, and against other sects) as the symbol [creed] of our time, the First, Unaltered Augsburg Confession, delivered to the Emperor Charles V at Augsburg in the year 1530, in the great Diet, together with its Apology, and the Articles composed at Smalcald in the year 1537, and subscribed at that time by the chief theologians.

And because such matters concern also the laity and the salvation of their souls, we also confess the Small and Large Catechisms of Dr. Luther, as they are included in Luther’s works, as the Bible of the laity, wherein everything is comprised which is treated at greater length in Holy Scripture, and is necessary for a Christian man to know for his salvation. …

The Holy Scriptures alone remain the only judge, rule, and standard, according to which, as the only test-stone, all dogmas shall and must be discerned and judged, as to whether they are good or evil, right or wrong. —Translated by W. H. T. Dau and G. F. Bente

German Calvinists had their own confession, the Heidelberg Catechism (1563). It famously begins:

Q. What is thy only comfort in life and in death?

A. That I, with body and soul, both in life and in death, am not my own, but belong to my faithful Savior Jesus Christ, who with His precious blood has fully satisfied for all my sins, and redeemed me from all the power of the devil; and so preserves me, that without the will of my Father in heaven not a hair can fall from my head; yea, that all things must work together for my salvation. Wherefore, by His Holy Spirit, He also assures me of eternal life, and makes me heartily willing and ready henceforth to live unto Him. —Translator unknown, printed as “The Received American Version, 1771” in Phillip Schaff’s The Creeds of Christendom (1899) 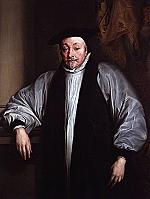 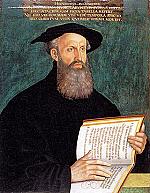 We need history to inform our lives