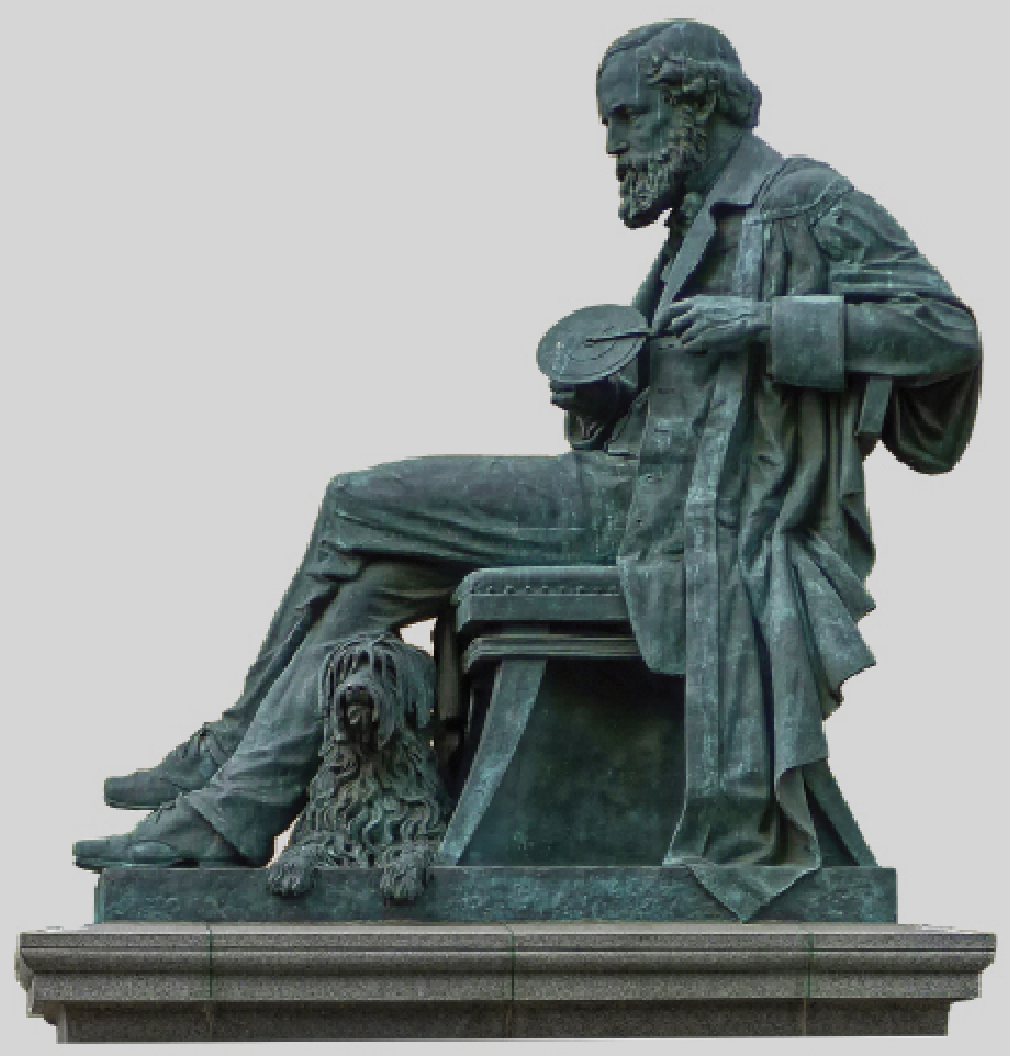 Perhaps the most brilliant physicist of the nineteenth century was also a pillar of the Church of Scotland. James Clerk Maxwell (1831–1879) unified studies of electricity and magnetism, merging equations that now bear his name into an original prediction that light is an electromagnetic wave. He also added considerably to thermodynamics, introducing a revolutionary statistical approach to investigating temperature and particle speeds in gases.

As a youth in Edinburgh, Maxwell felt the impact of the Free Church movement, and he was subsequently raised in both St. Andrew’s Church of Scotland and the catechetical class at St. John’s Episcopal Church. At 16 he entered the University of Edinburgh, later continuing his studies at the University of Cambridge. While preparing for Cambridge’s demanding Mathematical Tripos exam in 1853, he fell ill. Under the care of a Reverend Charles Tayler, he experienced what a friend later described as “a new perception of the love of God.” This event seems to have sharpened his sense of Christian service; he wrote to Tayler, shortly after the episode, that he was “committing [himself] to God as the instrument of His will.”

On several occasions Maxwell cautiously indicated his view on the relationship between his faith and physics. In his 1856 inaugural lecture as professor at Marischal College in Aberdeen, Scotland, the young scholar relayed his conviction that the laws of nature are not arbitrary and unconnected, but that they work together to reveal “unsearchable Wisdom and external Truth.”

Later, reflecting on kinetic theory, he argued that the apparently unalterable nature of matter’s fundamental particles make us ultimately unable to attribute them solely to natural causes. He further claimed that the “exact equality” among molecules of the same kind indicates they were manufactured, not self-existent. “Science,” Maxwell proposed, being “incompetent to reason upon the creation of matter itself out of nothing,” has pushed us to “the utmost limit of our thinking faculties when we have admitted that because matter cannot be eternal and self-existent it must have been created.”

Commenting in an 1867 letter on the significance of the recently propounded second law of thermodynamics, Maxwell wrote that “our experience of irreversible processes . . . leads to the doctrine of a beginning and an end,” though this end of the cosmos entails “not a destruction of matter or of energy but such a distribution of energy that no further change is possible without an intervention of an agent who need . . . only direct the energy into new channels.” It is possible that Maxwell had the Christian concept of new creation in mind.

Having returned to Cambridge in the early 1870s to take the position of first Cavendish Professor, Maxwell became a member of the informal and diverse Eranus Club, attended by New Testament scholars B. F. Westcott, J. B. Lightfoot, and F. J. Hort. Hort would later reflect on Maxwell’s freedom from the “mental dualism” he thought was often observed in physicists: “It would have been alien to his whole nature to seclude any province of his beliefs from the free exercise of whatever faculties he possessed.”

Hort likely had in view, among other things, Maxwell’s request during the construction of Cavendish Laboratory that above the entrance be inscribed the Latin text of Psalm 111:2, Magna opera Domini exquisita in omnes voluntates ejus (“The works of the Lord are great, sought out of all them that have pleasure therein.”)

Where quarantine came from, how epidemics almost killed Bede and Finney, those beaky masks, and why it’s not “Spanish” flu