Cows and pigs, not leprechauns: Celts and creation

ACCORDING TO a medieval legend, when the Gaelic Milesians arrived in Ireland from Iberia (modern Spain) they were met by druids (priests) of the Tuatha Dé Danann, an ancient tribe that had inhabited the island for millennia. The druids called up a mighty sea storm; the Milesian bard Amergin responded with the chant: “I am the wind on the sea / I am the ocean wave / I am the sound of the sea / I am the bull in seven fights/ I am an eagle on a rocky cliff / I am a beam from the sun...."

When he ceased, the huge wave divided, allowing the Milesians to reach Ireland. In time, the legend says, they defeated the Tuatha Dé Danann, becoming the first Celts; their adversaries went into exile in mounds, lakes, and caves, where they became fairies and leprechauns. Few stories so poignantly capture our image of Celtic nature ties. But was Celtic life and religion really more creation-focused than that of anyone else?

Celtic life was certainly rural. There were no cities in Ireland until the eighth-century Viking invasions and life was driven by relentless natural rhythms. Major holidays marked the turning of the seasons: Imbolc (a spring festival), Beltane (May Day), Lughnasa (a harvest celebration), and the evening of jack o’lanterns and roaming goblins, Samhain. Great epics such as Scéla Muicce Meicc Da Thó (The Tale of Mac Datho’s Pig) and Táin Bó Cúailnge (The Cattle Raid of Cooley) display a noble warrior culture operating in the fields and forests of rural society. Irish vocabulary was full of agricultural references too. The word for road, bóthar, represents the width of two cows walking abreast. Sét, a unit of currency, equals half the cost of a milk cow.

Celtic religion, both pre-Christian and Christian, had an agricultural tinge. The goddess Brig from Kildare, celebrated on February 1 (Imbolc) and associated with the first flowing of milk in the udders of ewes and with breastfeeding, is sometimes pictured next to a cow or bearing a pitcher of milk. This legend correlates remarkably with Christian tales of St. Brigid, powerful abbess of the double monastery in Kildare, whose feast day is also February 1. One of the miracles attributed to the Christian Brigid is turning water into milk.

The romanticized view of a unique Celtic attachment to creation, though, arose in later literature. Welsh and Irish writers used the nostalgic notion to stoke the fires of nationalism in days of oppression of the Irish by the English. Later some Protestants suggested that early Celts were actually proto-Protestants. In the twentieth century, people drawn to environmental and New Age spiritualties claimed the mantle of Celtic nature religion.

Perhaps our continued fascination with tales such as Amergin’s and with the relationship of Celts to creation speaks more to our contemporary longings than to those of the ancient Celts. For them nature stories displayed their way of life. To those of us living in a hectic, technological society, they are an escape into a world of which we can only dream.

Getting back to the land

How do we care for God’s creation? 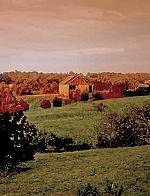 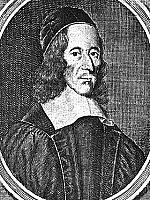 Christians have talked about God’s creation as an inspiration and a responsibility for 2,000 years 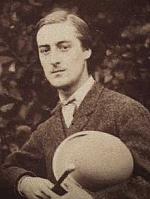