It Happened on AUGUST 12 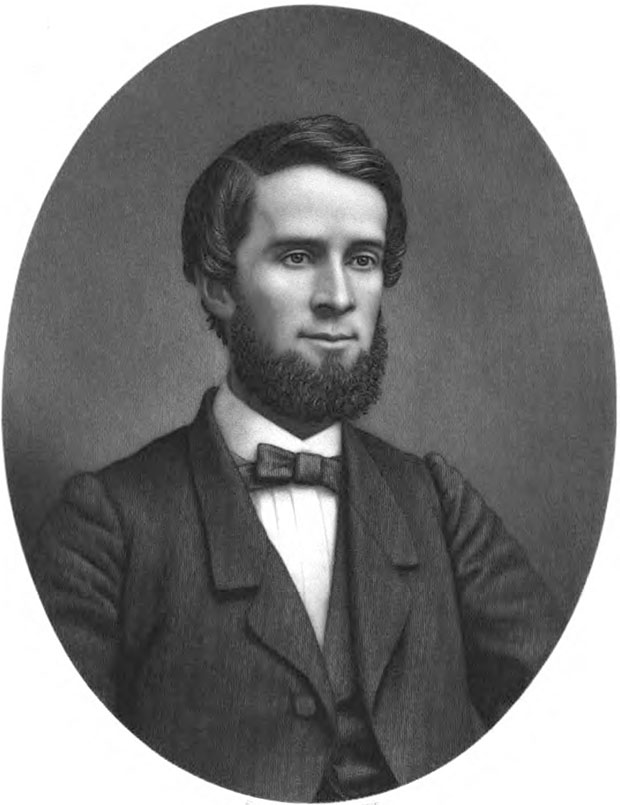 [Simenton, from Family History, Genealogical, Historical and Biographical of the Simonton and Related Families.]

ON THIS DAY, 12 August 1859, Ashbel Green Simonton landed in Rio de Janeiro, Brazil. “What can one or two missionaries accomplish in an empire as large as the United States?” he had asked. “The work is so perfectly hopeless by mere human agency that they who undertake it must either find support by resting upon the power of God or else despair.”

In seven short years, interrupted by a furlough, he actually accomplished a lot. He founded churches in several coastal cities as well as in Rio de Janeiro, opened Brazil’s first Sunday school, established the Presbytery of Brazil, created an indigenous pastorate, founded a seminary, and began a church newspaper.

An important component of his accomplishment—a rural ministry—was through the agency of others. He recruited his brother-in-law Alexander Blackford to help with the work. Blackford heard of a Bible-reading priest in São Paolo and sought out the man, José Manoel de Conceição. Conceição listened intently, was convinced of justification by faith, and became a hard-working soul-winner ordained by the Presbyterian mission. He preached to large audiences all across the nation.

Conceição was especially effective in rural areas. Missionaries were so few and the territory so vast, he immediately placed newly-founded churches in the hands of local leaders. This proved to be a wise strategy because it made the attendees of each church responsible for it rather than outsiders. This arrangement encouraged home-grown expansion and the emergence of a strong national pastorate.

During his furlough in 1862, Simonton married Helen Murdoch. However, she died in Brazil in 1864, nine days after giving birth to a daughter, also named Helen. Simonton was heartbroken.

In order to carry on his work more effectively, Simonton moved to the center of Rio de Janeiro. Friends begged him to rethink the move, noting that he would be exposed to rampant malaria there. He retorted that if foreign merchants could live there merely to make money, he should be willing to do so to win souls.

As it turned out, Simonton soon did contract a disease known locally as febre biliosa—possibly yellow fever. Feeling unwell, he went to São Paulo, where his sister and brother-in-law were raising little Helen. Simonton died there on 9 December 1867, just thirty-four years old. But thanks to his vision, Brazil had developed its own presbyteries.

In Simonton’s last journal entry he lamented his lack of spiritual growth, concluding,

How often have my devotions been formal and hurried, or disturbed by thoughts of plans for the day! And sins often confessed and bewailed have asserted their power over me. Oh! for a baptism of fire to consume my dross; oh! for a heart wholly Christ’s.