It Happened on JULY 5

DANIEL WILSON: FROM REBEL TO METROPOLITAN 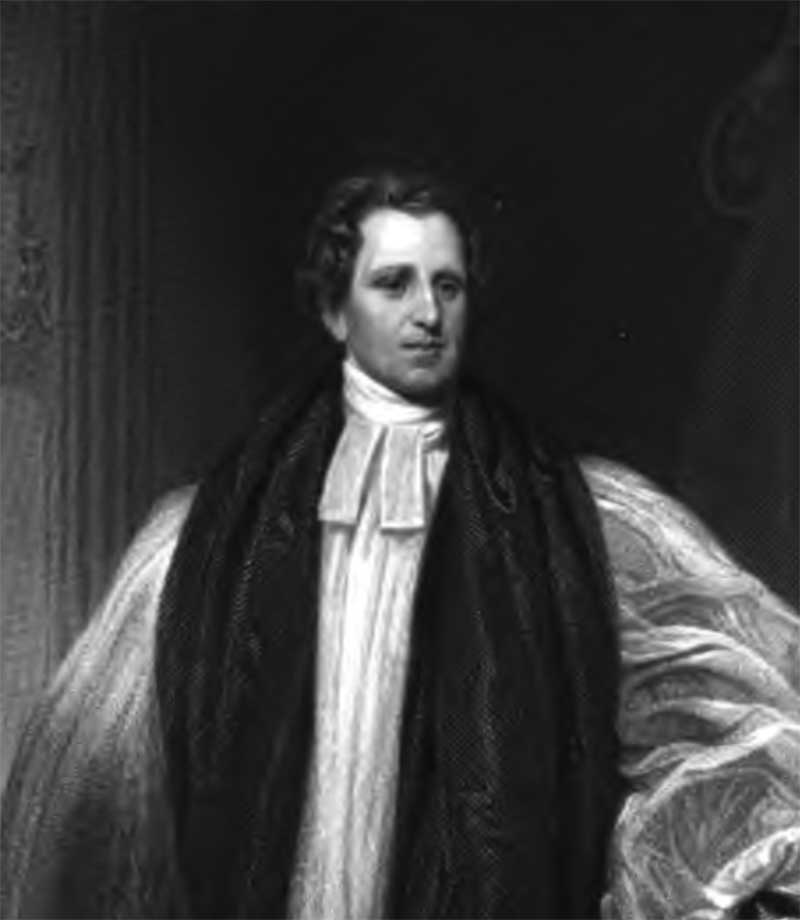 When Daniel Wilson was about ten, he rebelled in school. His teacher, the Rev. John Eyre remarked, “Daniel, you are not worth flogging, or I would flog you.” The remark so stirred Wilson’s spirit that he threw himself into study with such diligence that he became a student to make his teacher proud. A deep bond developed between them.

Put to work with a conscientious uncle, Wilson attended evangelical churches but was irreverent during services and gave free reign to his passions outside church. However, a fellow-employee woke him to his need for repentance. Wilson said he had no conviction of sin. The friend suggested he pray for it. Wilson did, and became alarmed at his spiritual state. However, the doctrine of absolute election balked him. He contacted Rev. Eyre for help but struggled eighteen months before he was assured of salvation, meanwhile seeking the advice of Eyre, John Newton (author of “Amazing Grace”), his uncle, and others. Finally, he found peace in October 1787.

Immediately upon taking his first Communion, he was filled with desire to become a gospel missionary. His father, Stephen, opposed the idea. Eyre and evangelist Rowland Hill separately counseled Wilson to serve his earthly father patiently for a year, demonstrating Christian character to change his father’s mind. Wilson submitted, resolving to “put in a word for Christ” when he could. Within a few months his father agreed to allow the nineteen-year-old to prepare for college. He applied himself fervently but, fearful lest hours of study should make him spiritually cold, he wrote to his mother,

Believe me, I had rather be as illiterate as a ploughboy, with a warm impression of Christ’s dying love upon my heart and a single aim to enthrone Him in the souls of my fellow-sinners, than a coldhearted worldling with all the learning in the universe.

In 1798 he entered St. Edmund’s Hall at Oxford University. He found himself behind the other young men in classical learning and full of spiritual weakness:

I have done two things wrong to-day, which are not easily retrieved, and both have arisen from hardness of heart and a sinful fear of man. In the first, I failed of speaking faithfully to a fellow-collegian who is, I fear, deceiving himself; in the second, I have not introduced spiritual discourse in a party where I sat for above an hour at tea. You don’t know how heavy these sins lie upon my mind. . . .

Through diligent effort he not only graduated with honors but won a prize in English composition. He then trained in a curacy with Cecil of Clobham, and learned to present the gospel in words adapted to unlearned folk. In 1801 the Bishop of Winchester ordained him. Two years later, in 1803, he married his cousin, Ann, having just accepted a tutorship at Oxford. Thereafter he taught, wrote, and preached as an evangelical in the Church of England in several positions and was a cofounder of the Lord’s Day Observance Society. He became vicar of Islington in 1823 where many people came to Christ under his ministry, but where Ann died in 1827. Two of their children had already predeceased her. Wilson formed a ministerial association in Islington, and worked with the Clapham Sect—reformers who were active in many good causes, but especially sought to end slavery. He remained at Islington until 1832 when he was asked to become bishop of Calcutta (Kolkata).

During his twenty-six years as a bishop in India, Wilson made notable accomplishments.  Among them were to found Dhaka College, extend the Anglican Church into Ceylon, and construct St. Paul’s Church in Calcutta. He became the first Metropolitan of India and Ceylon. He toured within his see and in neighboring regions with an eye to strengthening Christ’s churches. However his most memorable action came during his first full year in India. In a letter dated this day, 5 July 1833, Bishop Daniel Wilson ordered an end to the caste system within the Anglican assemblies of India. Caste defied Scripture, he said. No one should be baptized without rejecting it. Dalits (untouchables) must be allowed to serve and partake of Communion equally with higher castes. “Those who belong to Christ must give proof of having really put off . . . the old, and having put on the new man in Christ Jesus” (2 Corinthians 5:17).

The uproar was terrific. Many high caste Christians withdrew from the Anglican Church. Some returned to Hinduism. But Wilson’s order had an unexpected and beneficial effect. When low caste Dalits learned they were to be treated as equals, they joyfully embraced Christianity in such numbers that the church was strained to its utmost to provide pastors and training for the thousands seeking to join.