It Happened on FEBRUARY 8 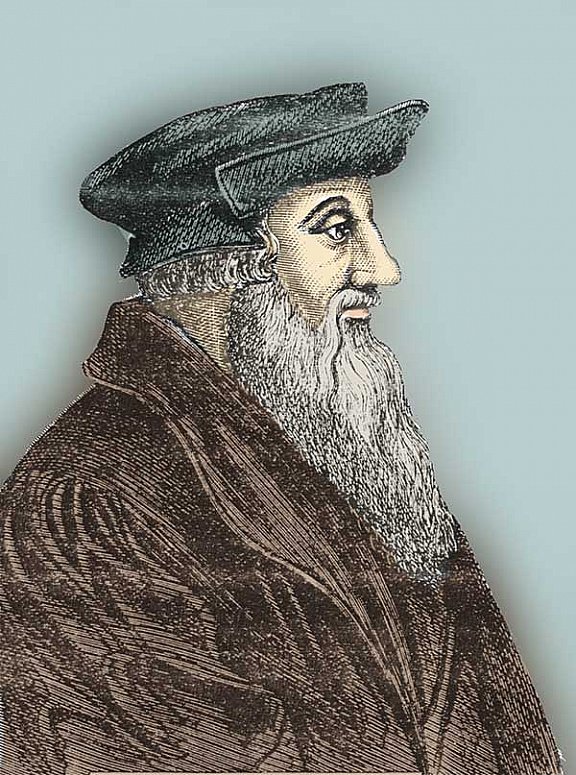 Even before the Protestant Reformation, Basel, Switzerland, was the seat of an attempt to reform the Roman Catholic Church. A council held there between 1430 and 1438 deposed Pope Eugenius. However, Eugenius ignored the council and, because it had no teeth, reform had to wait.

Meanwhile, Basel became a publishing center, printing over one hundred titles a year, including Erasmus’s New Testament. Erasmus was one of many humanists working there. Reformation within the system was attractive to at least some of working in the print industry and in the local university, including Erasmus. But when the presses began turning out works of Luther, many people in the city agitated for a more thorough reformation.

Evangelical pastors pressed for reform, scoffing at customs such as avoiding meat during Lent, the use of holy water, and ritual use of salt. Among early Reformation leaders in the city were Wolfgang Capito and Konrad Pellikan. As a consequence, Basel found itself divided. Although the town quickly rejected the authority of its weak bishop and abolished several monasteries, the town council was about evenly split between Catholics and reformers. For several months the councilors tried to accommodate both old and the new by scheduling separate service times for each in shared churches. They forbade publication of Luther’s works. They also replaced two university professors who opposed reformation views. Neither side was happy with the arrangement.

After the reformer Oecolampadius began preaching and debating in Basel, the new movement gained strength. He compared the mass to treason, murder, prostitution, and other sins. However, he was lenient toward differences in interpretation of the Lord’s Supper.

In October 1527, the reformers petitioned the council to abolish Catholic worship altogether. The council replied that each person should be free to worship as they chose. Offended by statues and other art in St. Martin’s Church, where Oecolampadius preached, reformers removed the images on Good Friday, 1528. Near Christmas that year, they again demanded an end to the mass. On January 6, 1529, the town council yielded to pressure from its citizens and from the neighboring city of Berne, (which had embraced reformation ideas), and decreed that pastors should preach only the Word of God.

Sensing that their time had come, on this day, February 8, 1529, a mob surrounded town hall, brought up cannon, and demanded the council to expel its most active Catholic members. The following day they smashed images in several churches. Oecolampadius later wrote, “We raged against the idols, and the mass died of sorrow.” Erasmus left Basel in disgust.

The premature death of Oecolampadius, defeat in battle, divisions over the Lord’s Supper, and the rise of an Anabaptist faction all weakened the Basel Reformation. The city did not turn unambiguously Protestant until the final quarter of the sixteenth century.