It Happened on MARCH 1 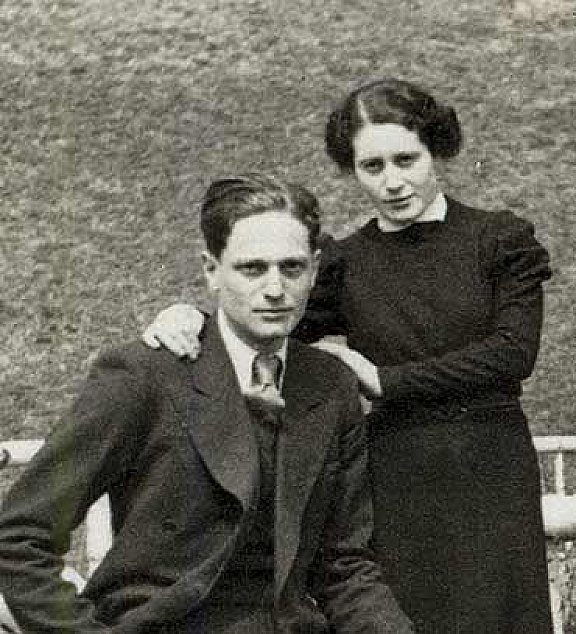 YOUNG RICHARD WURMBRAND, a Romanian Jew who described himself as an atheist and a Marxist, stole to get food when he had to as a child, became a successful businessman, married Sabina Oster (also a Jew), and lived a life of self-indulgence. Worn down by destructive behaviors, he contracted tuberculosis. His doctor advised him to seek fresh air so he moved to a mountain village. It turned out to be the making of him.

In that mountain village lived an old man named Christian Wolfkes, who longed to win a Jew to Christ. He had been praying that God would bring a Jew to him. When the Wurmbrands arrived, Wolfkes and his wife showed them love. They gave Wurmbrand a New Testament which he hesitantly began to read. Coming face-to-face with Jesus Christ, he and Sabina converted to Christianity.

During World War II, Nazis repeatedly arrested and beat the Wurmbrands for their faith. Sabina’s entire family perished in the Holocaust. The Wurmbrands attempted to send their six adopted children to safety overseas but their ship was lost.

The end of World War II brought new sorrows when Russians occupied Romania and the country became Communist. In 1945 the Communists organized a “Congress of Cults,” a meeting where religious leaders were expected to speak in support of the new atheistic government. Many did. Sabina urged her husband to wipe the shame from the face of Jesus by refusing. Wurmbrand reminded her that if he did, she would lose her husband. Sabina replied, “I don’t need a coward for a husband.” And so Wurmbrand declared before four thousand delegates that it was their duty to glorify God and Christ.

He returned home to lead his underground church and promote the gospel among Romania’s Russian invaders. He even smuggled Bibles into Russia disguised as Communist propaganda. And then he disappeared.

On this day, February 29, 1948, as Wurmbrand walked to church to prepare for morning service, two men hustled him into a van and drove away. He was imprisoned under a pseudonym for eight and one half years and his wife and one remaining son did not know where he was or even whether he was alive. Government agents, posing as ex-prisoners, told Sabina they had witnessed her husband’s funeral in the Communist prison.

Those were years of torture and brainwashing. For seventeen hours a day, repetitious phrases were dinned into his ears: “Communism is good. Christianity is stupid! Give up. Give up!” His captors carved and burned his body and broke many of his bones. Sabina also was brutalized for three years, imprisoned and forced to work at digging a canal. The Wurmbrands’ son Mihai was forced to live on the streets during part of this time. Miraculously, all three survived. Released, the Wurmbrands immediately returned to secret church work. Soon Wurmbrand was sent back to prison.

Following his release in 1964, Western churches ransomed the Wurmbrands from Romania. His testimony led to the formation of the organization known as Voice of the Martyrs which assists persecuted Christians around the world.