It Happened on FEBRUARY 10 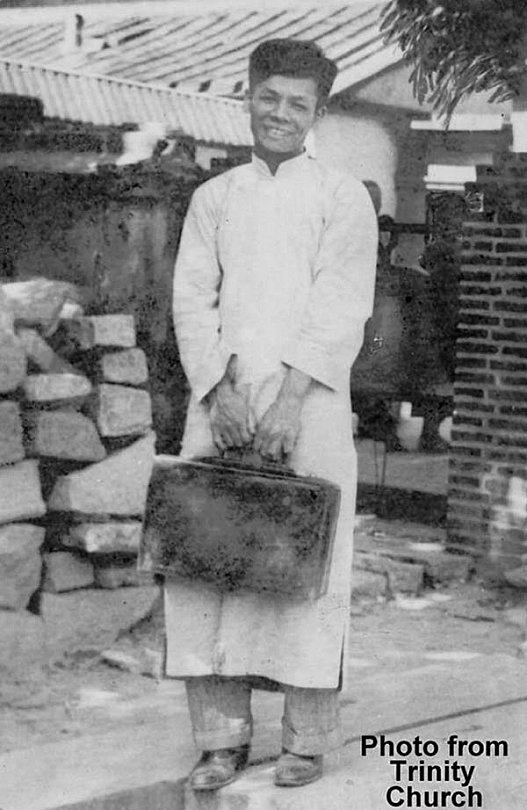 John Sung flung all his diplomas into the sea.

GOD ACCOMPLISHES his work through flawed people. John Sung was a prime example. The son of a Chinese Methodist preacher, he thought he had experienced conversion at the age of nine. As a teen, he assisted his father and was nicknamed “The Little Preacher.” He traveled to the United States to study both science and theology. He shone in mathematics and chemistry, completing three degrees in six years (including a PhD in chemistry) while at the same time supporting himself with part-time work. Although Sung organized student religious groups, he began to neglect the Bible and prayer and soon lost interest in Christian matters. In his desire for success, he even cheated on an exam.

Weighing his next step, he applied to Union Theological Seminary in New York, writing grandiosely, “It is the will of our Father that I must utilize my scientific knowledge and experience to discover the fundamental truths underlying both religion and science.... He will work thru me to ‘cast fire’ upon the present organized system of materialism and imperialism.” Union Theological Seminary in the 1920s was a bastion of modernism. One of its faculty members, Harry Emerson Fosdick, denied the bodily resurrection of Christ and advocated a social gospel. The school’s president, Henry Sloane Coffin, openly scoffed at the Bible. In addition to his classwork, Sung spent long hours in the library reading Asian religious texts.

A crisis came after Sung visited a fundamentalist church. A fifteen-year-old girl evangelist gave a testimony. Sung was impressed with her. He went back to that church several times. In his autobiography (written six years later), he declared that he saw himself as a sinner, troubled by a Scripture that came persistently to his mind: “What does it profit a man if he gains the whole world but loses his soul?” Late at night on this day, 10 February 1927, he read the story of the Crucifixion and imagined himself at the foot of the cross, pleading for forgiveness. He heard Christ say, “Son, your sins are forgiven.” Immediately he ran through the dorm, shouting “Hallelujah!” and claiming visions.

The next day (as he told it) he confronted Fosdick, declaring, “You are of the devil!” He said that when he returned to his room he found himself locked out. Hours later, the door of Bloomingdale (an asylum for the mentally ill) clanged behind him. According to Sung’s often-retold account, Coffin locked him up because he thought the student’s faith indicated he had gone mad. Actually, Sung was convinced by a psychiatrist to self-admit himself to the asylum after making statements such as, “I am called to be the servant of the spiritual age! ... You, according to the command of Christ, must help me to distribute this vision throughout the world...”

Psychiatrists diagnosed Sung with psychosis. Letters located eighty years later by Daryl R. Ireland indicate that the Chinese student was confused, megalomaniac, conspiratorial, and paranoid. Asylum authorities allowed him to have a Bible. During his six months’ incarceration, he claimed to have read it cover to cover forty times (a far cry from an early missionary account that said three times). He escaped once but was captured and placed in a secure area with violent patients.

One hundred and ninety three days after Sung entered the mental asylum, a missionary acquaintance obtained his release, apparently with help from the Chinese consulate. Sung tried to return to Union, which he still called the “greatest seminary,” but was refused readmission. So he sailed back to China. As he neared his native land, he claimed that he flung all his awards and diplomas overboard except his doctorate, which he felt he owed to his father.

Whatever happened at the seminary and at Bloomingdale, Sung soon was preaching in China. Coached by Bible-believing missionaries, he began to deliver an evangelical gospel. Soon he was speaking with the spiritual fervor that draws people to Christ. It was as a successful evangelist that he wrote his unreliable autobiography.

Nonetheless, God used him greatly. About one hundred thousand people converted to Christianity under his preaching. Some listeners wept while he spoke. Many confessed their sins openly in his meetings. It was said the tax department could always tell in which city Sung was preaching because people came forward to confess cheating and make it right. Sung died at the age of forty-three, having preached for fifteen years. At his death about one tenth of all Christians in China owed their conversions to his ministry. —Dan Graves