It Happened on OCTOBER 22

JAMES PENNINGTON: FROM ENSLAVED BLACKSMITH TO EDUCATOR AND RELIGIOUS LEADER 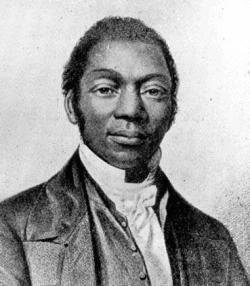 BORN INTO SLAVERY around 1807, a blacksmith named James made a dangerous and daring attempt to escape when he was about nineteen. Captured after a few days, he managed to break free and make a second dash for freedom. Eventually, starving and thirsty, he made his way into Pennsylvania where Quakers sheltered him and taught him to read. He took the name Pennington in honor of a notable Quaker leader, and mastered his studies so well that in the 1830s he was allowed to audit classes at Yale. He became an educator and preacher in New York and published the first-known history of blacks in America in 1841.

In a famous sermon, “Covenants Involving Moral Wrong are Not Obligatory upon Man” (1842), Pennington argued that the moral law, derived from God, trumps human law if the human law commands people to do evil. Freedom is an unalienable right, given by God. Americans who enforced laws holding others in slavery were transgressing the moral law. And those who restored escaped slaves to masters were violating Isaiah 16:3-4 which commands God’s people to hide outcasts.

In 1849 Pennington’s autobiography, The Fugitive Blacksmith, was published in London. It gave the harrowing details of his escape and his rise to become a Christian minister. During the early 1850s, he spent time in Britain and on the European continent, eluding the Fugitive Slave Act and raising money to free slaves. The University of Heidelberg awarded him an honorary degree.

Back in New York, he was one of a group of black Americans who litigated against racial segregation on street cars and won on appeal in the State Supreme Court in 1855. A supporter of abolition, he ministered to Congregations in the south after the Civil War.

Regretably Pennington became an alcoholic. This addiction hastened his death, which came on this day, 22 October 1870, in Jacksonville, Florida. Forty-six years later, in 2016, Yale dedicated a classroom to Pennington, declaring him the school’s first black student.

Pennington is not as famous an escaped slave as Harriet Tubman but they both risked their lives to escape the shackles of enslavement. Harriet Tubman: They Called Her Moses