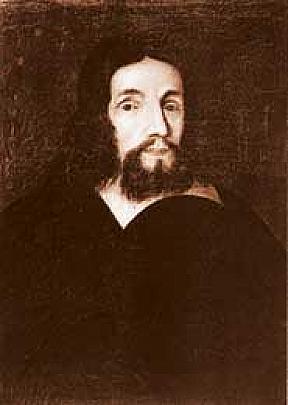 In 1413, Jan Hus is in exile at Husinec, Bohemia, unable to return to Prague, where he taught and preached between 1398 and 1411. He remains in exile, not from personal fear, but because the pope has placed an interdict on any city which harbors him. Rather than give Rome a reason to deprive Prague of baptism and communion, he chooses exile under the protection of his feudal lord.

Awakened by the writings of England’s John Wycliffe, Hus has antagonized the church by likening the pope to antichrist. He urges that lay people be allowed both the bread and wine at eucharist instead of only the bread. Calling for a reformed priesthood, he denies that a wicked priest can absolve sins and says that priests should not charge fees for the many duties they are obligated to perform. He repudiates indulgences and rejects masses for the dead as worthless. Furthermore, Hus questions whether there is a purgatory and denounces bowing to images and kissing them. Like Wycliffe, he declares that the Bible should be the sole standard by which the church judges religious truth. However, he does not reject transubstantiation as Wycliffe did—the belief that the communion bread and wine truly become Christ’s body.

Two Bohemian radicals, men who held views which went far beyond those that Hus taught, have been arrested. To save their skins, they have renounced their radical teachings and aligned themselves with Rome against Hus, charging him with beliefs he never held.

Now, in June 1413, Hus writes to his friend Christian of Prachatice. He says he would have ignored the slanders of wicked men if they did not strengthen the antichrist in his wrath. Anticipating the end which actually comes two years later, he writes, “I hope, however, with God’s grace, if needs be, to oppose them until I am consumed by fire.”

He recognizes that by himself he cannot restore all truth but vows at least not to be truth’s enemy. The world may run on in its usual way, but as for himself, he would rather die than betray truth. “He who speaks the truth, will have his head broken. He who fears death, loses the joy of life. Truth conquers all things. He conquers who dies, for no adversity will harm him—if he is not dominated by iniquity.”

The idea that “truth conquers all things,” or “truth prevails,” is not original with Hus. A few years earlier, Wycliffe had written, “I believe that in the end the truth will conquer.” The lineage of the idea is millennia older, for Solomon wrote, “The eyes of the Lord preserve knowledge, but he overthrows the words of the faithless” (Proverbs 22:12).

In November, 1412, Hus had written a similar thought in a letter to Prague, declaring that the Jews, by suppressing truth at Christ’s trial, lost everything they had hoped to preserve, “for it [truth] conquers eternally.” He will echo this thought a month before his death, writing again to the members of the University of Prague: “Moreover, dearly beloved in Christ Jesus, stand in the truth you have learned, for it conquers all and is mighty to eternity.”

The Roman Church will eventually invite Hus to a council, violate Holy Roman Emperor Sigismund’s safe-conduct to him, and try, condemn, and burn him. Bohemia will rise in outrage and repudiate Rome, maintaining its independence for two centuries.

In 1920, five centuries after Hus wrote his memorable words, the Czech National Assembly will incorporate them into the national flag and emblem: Veritas omnia vincit, which means “Truth conquers all things,” or more simply, “Truth prevails.”

In 1999, Pope John Paul II will issue an apology on behalf of the Roman church, saying, “Today, on the eve of the Great Jubilee, I feel the need to express deep regret for the cruel death inflicted on Jan Hus and for the consequent wound of conflict and division which was thus imposed on the minds and hearts of the Bohemian people.”