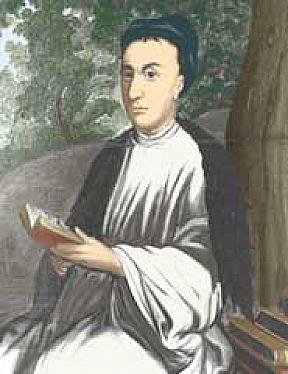 The lesser of two evils

Thomas Hammerken of Kempen bends over his writing desk. He is a master copyist, famed for his handwritten Bibles. He has made at least four of them, each a gigantic undertaking, for there are about eight hundred thousand words to be copied. He is also well-known for other books, including a history of the Brethren of the Common Life.

Since the age of thirteen, Thomas has been associated with these Breth- ren, who are also known as the “New Devotion.” This movement, founded by Geert Groote in the fourteenth century, is especially strong in the Netherlands and nearby regions. It seeks to restore apostolic Christianity, advocating a fresh, heartfelt devotion to the Lord Jesus Christ. The Brethren are also advocates of education and hard work. The copying of manuscripts is one of their useful employments. Thomas is not only one of their best copyists, but also an instructor of novices. Future generations will identify him by Kempen, the place where he was born, latinizing his name to Thomas á Kempis.

The book which he is writing now becomes the most famous of all his productions. The Imitation of Christ encourages mystical devotion to Christ and the pursuit of holiness. Its name is taken from the heading of its first major section.

In the twelfth chapter of the Imitation, á Kempis admonishes his readers to master their passions here and now, regardless of any suffering this entails. Our goal must not be to escape trials, but to be strong in them, he says. He has Christ say to the soul, “If you say that you cannot suffer much, how will you endure the fire of purgatory? Of two evils, the lesser is always to be chosen. Therefore, in order that you may escape the everlasting punishments to come, try to bear present evils patiently for the sake of God.” (In Catholic belief, purgatory is a place where the souls of those who die in a state of grace undergo a limited amount of suffering to expiate their minor sins. They are also purified of the effects of serious sins such as pride.)

His expression is parallel to the popular English idiom “the lesser of two evils.”

Even in his lifetime, the Imitation will become a treasure of the church. Generations later, readers will still appreciate its call to learn from Christ, to go directly to him in prayer, and to abandon every worldly consideration for God’s sake.