Count on nothing but Christ 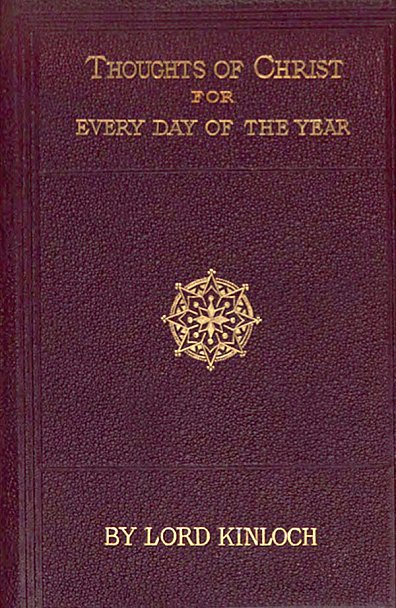 This very night your life will be demanded from you—Luke 12:20 (NIV).

In the Savior’s parable, God says to a rich man who thought that he had laid up stores for many years, “You fool! This very night your life will be demanded from you. Then who will get what you have prepared for yourself?” The conduct of this man, in thus filling his thoughts completely with worldly prospects which he had no certainty of realizing, is described in the parable as folly. “You fool,” is God’s assessment of him. To bring the lesson home, it is not necessary to suppose that stores consist only of the natural products of the earth. There may be stores of increasing knowledge, stores of scheming activity, stores of mere time itself, on which the mind may reckon with the same fatal certainty. Next night may see them all lost.

O gracious Lord Christ, who taught me that to be rich toward God forms the only sure resource of the soul, preserve me, I plead, from the folly of reckoning on the certainty of life, even for tonight; and give me a heart which is fixed on those treasures that are above—a heart that is where its treasures are, to your glory now and evermore.

In the preface to his Thoughts of Christ, Lord Kinloch declared that he had long thought the likeliest mode of combating religious infidelity would be to promote a perception of Christ’s human personality. His Thoughts aimed to do that. He was also the author of the hymn “Mansions for Me” and a judge for the Court of Sessions, Edinburgh, Scotland. Today’s devotional is adapted from Kinloch’s Thoughts.