Our lives belong to another 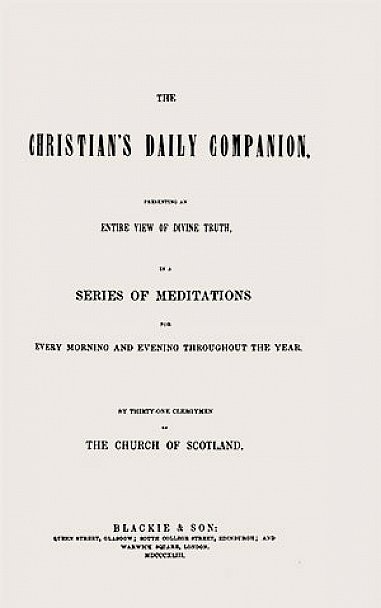 It is true that God promises forgiveness if we repent, but what assurance have we of obtaining it tomorrow? —Venerable Louis de Blois from Counsels of the Saints

When for the deliverance of Paul and Silas, an earthquake shook the prison of Philippi, and all bonds were loosed, the jailor, fearful lest the prisoners should escape, and certain that if they did so he must die a dishonored death, drew his sword and prepared to take his life. The  disciples did not, in revenge for the uncalled for cruelty with which they had been thrust into the inner prison, and made fast in the stocks, permit him to execute the deed. In the mild and merciful spirit in which true religion speaks to the sinner, Paul exclaimed to the jailor, “Do yourself no harm” (Acts 16:28). To all tempted to suicide, the word of God addresses the same call.

It is a melancholy truth, that in all ages multitudes are exposed to the temptation.…It proceeds upon the assumption that man is the proprietor of his own life, and may dispose of it at pleasure, though plainly he is but the steward of another’s gift.…

And what is it which leads to such a crime?.…It is almost always owing to intense attachment to the world, and consequent insupportable distress when thwarted of its goods, or threatened with its evils. It is often, too, the fruit of intemperance, and other vices.…If the world were not man’s idol, he would not be maddened by its disappointments. If he knew the gospel remedy under trial, he would not surrender himself to despair. Let us remember that our lives are entirely God’s property, and in his hands—that the Christian is never useless to the world, or a burden to society, while he can exemplify the graces of meekness and resignation to those around, or pray for the advancement of God’s glory and cause.

…Above all, let us remember that the best defence against the absorbing love of the world, and all the perilous evils to which it conducts, is the love of Christ, and of heaven, established in the heart.

The Christian’s Daily Companion was the work of thirty-one contributors from the Church of Scotland, each of whom provided morning and evening meditations for the days assigned them. Today’s author, J.G. Lorimer, was a minister in Glasgow.

Louis de Blois. “July 18th” Thoughts and Counsels of the Saints for Every Day of the Year, collected by Rev. Bonaventure Hammer. n.d.