Leave everything with the Lord 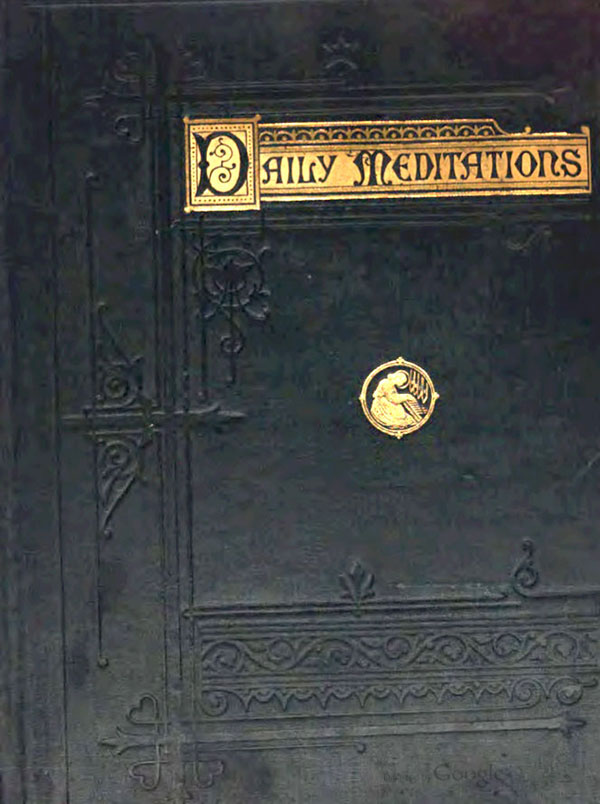 We shall find it impossible to commit our way unto the Lord, unless it be a way that he approves. For it is only by faith that a man can commit his way unto the Lord; and if there be the least suspicion in the heart, that the way be not a good one, faith will refuse to have anything to do with it. As well might you expect Achan to bring his wedge of gold and Babylonish garment to Joshua and ask him to take care of them; or a deserter to inquire of his general the way to the enemy’s camp.

Having found reason to believe that your chosen way is approved of Heaven, let Heaven have the entire direction of whatever relates to it. Having resolved to go to Rome to preach the gospel there, be content that God should bring you there in chains, as a culprit, and keep you there as a prisoner.

And this committing must be a continuous, not a single act. You are to trust ever in his wisdom, goodness, and power—not only in generals but in particulars. And how ever extraordinary may seem to be his guidance, however near to the precipice he may take you, you are not to snatch the reins out of his hand. “Whatever is, is best,” to him who, with an enlightened and genuine faith, has committed his way unto the Lord, and to him alone.

Are we really willing to have all our ways submitted to God for him to pronounce upon them? Are there not some of our ways which have become to us through long habit like a second nature, concerning which we have never really taken counsel of God? There is nothing about which a man needs to be more scrutinizing than about his oldest ways, his most confirmed habits and views. He is too apt to take for granted the divine approbation of them.

Why are some Christians so anxious and fearful, in view of some anticipated contingency? Evidently because they have not left the matter with him. They have taken it to him and brought it away with them.

It may seem a prodigious faith to regard God on his throne as studious of all that concerns us; but such faith is really no bolder than is the faith that God spared not his only begotten Son.

Commit thy way unto the Lord; trust also in him; and he shall bring it to pass.

While a young man, George Bowen became an infidel. After eleven years feeding his mind with atheist literature, he was deeply impressed by the joy he saw in a young woman who discovered Christ on her deathbed. He prayed that God, if there were a God, would show him what to do. Shortly afterward, a librarian gave him William Paley’s Evidences by mistake—he had requested another book. He read a little, was impressed by the power of Paley’s arguments, and finished the book. His arguments against Christianity crumbled and he yielded to Christ, renouncing his wealth and becoming a missionary in Bombay, where he lived in absolute dependence on God.