Believe that God Loves You 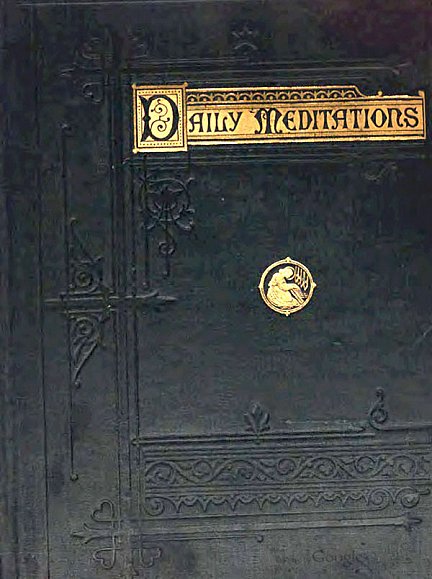 Who is this beloved of the Lord? It is one who believes in the love that God has toward him. We have not to bring about that love, but to recognize it. Peter had a great idea of his own love to Christ: “though all men forsake thee, yet will not I;” but John was content to speak of himself as the beloved of the Lord. “Herein is love, not that we loved God, but that he loved us.” His love to us is as our faith in his love and in our own unworthiness. “O Daniel, greatly beloved,” said the angel to that man of God; and often times a similar declaration runs down to us from the skies. Surely facts speak as loudly as words; how many facts can you at this moment point to, each and all declaring that you are the beloved of the Lord?

Do you still hesitate to class yourself as a third with Daniel and John? Tell me, is there any greater expression of the love of God, than was given in the surrender of his Son to Gethsemane, Gabbatha, and Calvary? Did Daniel or John ever receive any more affecting love-token than this? Be only bold enough to know the love that was expressed when Christ tasted death for you, and you may without hesitation sit down beneath the same tree with Daniel and John, and expect them to listen while you speak of the Crucified One.

But ever remember that you cannot begin to estimate the love of Calvary, till you have given up all notions of your own goodness. It makes an immense difference in estimating God’s love, whether that love was bestowed on an utterly vile and repulsive sinner, or upon an amiable being, adorned with many graces, and naturally attractive. If you judge yourself to be this last, then you can never know anything about the love set forth in the gospel; and you will do well to avoid the society of Daniel and John. Divine love made them amiable and attractive; not found them so.

While a young man, George Bowen (1816–1888) became an infidel. After eleven years feeding his mind with atheist literature, he was deeply impressed by the joy he saw in a young woman who discovered Christ on her deathbed. He prayed that God, if God existed, would show him what to do. Shortly afterward, a librarian gave him William Paley’s Evidences by mistake—he had requested another book. After reading a little, he was arrested by the power of Paley’s argument and finished the book. His arguments against Christianity crumbled and he yielded to Christ, renouncing his wealth and becoming a missionary in Bombay, where he lived in utter dependence on God.