Pride Takes Us Down 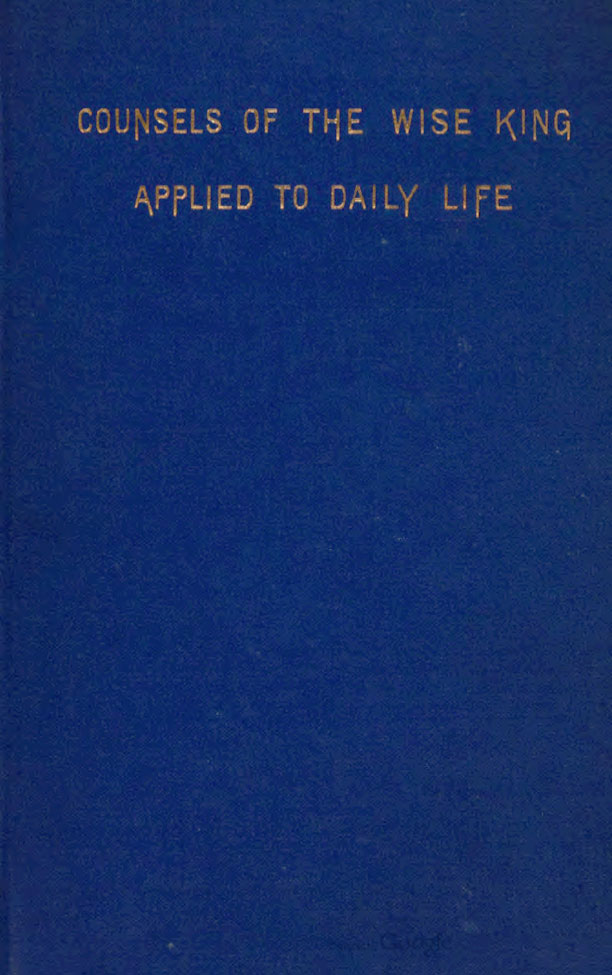 Counsels of the Wise King; or, Proverbs of Solomon Applied to Daily Life

When pride comes, then comes disgrace, but with humility comes wisdom —Proverbs 11:2 (NIV).

Interpretation. —Arrogance is inevitably succeeded by shame. Elation of spirit precedes a downfall (Proverbs 16:18). But with the humble is wisdom. The wisdom which is itself honor, which confers honor, which saves from disgrace—this follows upon and is the result of humility (Proverbs 15:33; Psalm 25).

Illustrations. —Holy Scripture teems with illustrations of the above. The judgment upon Korah and his party; the signal downfall of Haman; the disgrace which fell upon Nebuchadnezzar, “while the word (of arrogance) was in the king’s mouth;” the miserable end of Herod accepting honor due to God only;—all these are proofs that the “proud in heart is an abomination to the Lord” (Proverbs 16:5). …..

Application. —“Pride was not made for men” (Ecclesiasticus 10:18). Yet it was man’s first sin, and is generally the last to be got rid of. It vanquished angels. To vanquish it the Son of God came down from heaven. Through His humiliation, man, prostrated by pride, ascends again to God. But what is pride? The thinking of oneself more highly than one ought to think. From this results the claiming of respect undue, the denying of that which is due. And this brings shame in time.….. It is a complicated wickedness God hates and [counters by taking] the punishment of into His own hands. It touches His honor to humble it. And it is appropriately punished by ignominy, by error in counsel, by failure in event. “This man began to build, and was not able to finish” (Luke 14:30). . . . Never do we fall into a great sin but first there has been pride. . . .

While vicar of St. James’s Parish, Tunbridge Wells, Rev. Christopher Ridley Pearson wrote on Solomon’s proverbs, selecting one for each day of the year to spotlight its truths and suggest applications. A member of the Anglo-Catholic movement in the Church of England, he was known for his outreach to the lower classes and was controversial for restoring some Catholic forms of worship to his parish. See www.st-barnabas.info/history/church-history/