Everything between is a parenthesis 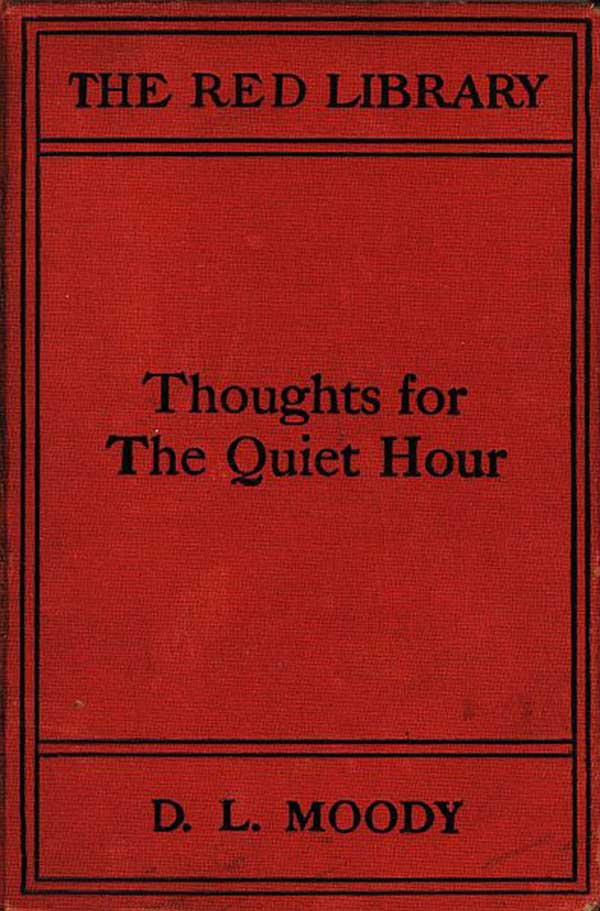 Cover of Moody’s Thoughts for The Quiet Hour

He placed the cherubim and a flaming sword that turned every way to guard the way to the tree of life—Genesis 3:24 (ESV).

Blessed are those who wash their robes, so that they may have the right to the tree of life and that they may enter the city by the gates—Revelation 22:14.

How remarkable and how beautiful it is that the last page of the Revelation should come bending round to touch the first page of Genesis. The history of man began with angels with frowning faces and flaming swords barring the way to the tree of life. It ends with the guard of cherubim withdrawn; or rather, perhaps, sheathing their swords and becoming guides to the no-longer-forbidden fruit, instead of being its guards. That is the Bible’s grand symbolical way of saying that all between—the sin, the misery, the death—is a parenthesis. God’s purpose is not going to be thwarted. The end of his majestic march through history is to be men’s access to the tree of life, from which, for the dreary ages—that are but as a moment in the great eternities—they were barred out by their sin.

Alexander Maclaren (1826–1910) was an English Baptist, known for his powerful sermons and biblical writings. Today’s selection is from his exposition on The Epistles of John, Jude, and the Book of Revelation (1910).

Alexander Maclaren in Thoughts for the Quiet Hour, edited by D. L. Moody.