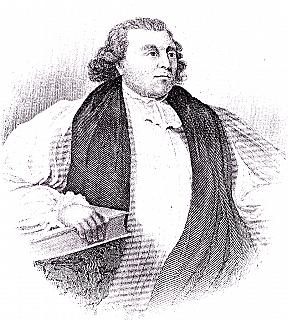 On this day 17 September 1792, Samuel Seabury, America’s first bishop of the Protestant Episcopal Church, joined three others in consecrating Thomas John Claggett as bishop of Maryland. Claggett was the first bishop of his denomination consecrated on American soil. Before Claggett’s consecration, two other bishops, Provoost and Madison, expressed dissatisfaction with an agreement that placed Seabury in the presidency of their group. Because of Anglo-American rivalries, Seabury had been consecrated in Scotland rather than in England. Provoost and Madison considered his episcopal position as having less status than their own because they had been consecrated in England. Seabury renounced his presidential leadership. Here is his account:

“At the last General Convention, at Philadelphia, it was proposed by Bishop White, and agreed to by me, that the eldest Bishop present (to be reckoned from his consecration) should be president of the House of Bishops. The agreement seemed to be displeasing to Bishops Provoost and Madison, and it was proposed by them that the presidency should go by rotation, beginning from the North. I had no inclination to contend who should be the greatest in the kingdom of heaven, and therefore readily consented to relinquish the presidency into the hands of Bishop Provoost. I thank God for his grace on this occasion, and beseech him that no self-exaltation or envy of others may ever lead me into debate and contention, but that I may ever be willing to be the least when the peace of his Church requires it.”

Date is from Appleton’s Encyclopedia. Quote is from Seabury, Samuel and Eben Edwards Beardsley. Life and Correspondence of the Right Reverend Samuel Seabury, D.D.