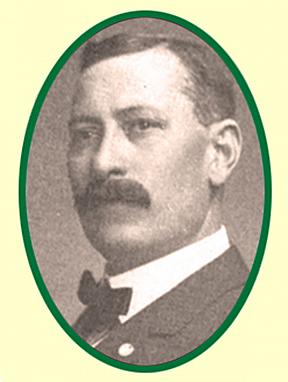 John Nicholson, whose Bible reading helped bring the Gideons into being.

John Nicholson, a traveling salesman, found a hotel at Boscobel, Wisconsin crowded on this day 14 September 1898. The proprietor asked if he would be willing to share a room with a “nice clean fellow” and John agreed. He found himself talking with S. E. Hill. At bedtime John made a comment that led the two men to share devotions and discuss whether some organization might not be formed by which Christian traveling men could encourage one another to keep godly habits on the road. This suggestion led to the formation of the Gideons in 1899. John’s comment was:

“Excuse me if I keep this light on a little while longer. I always make it a practice to read the Word of God and speak to him before I retire.”

Gideons, the. Twenty-two Years’ History of the Gideons; the Christian Commercial Travelers’ Association of America. Chicago, Illinois: The Gideons, 1921.