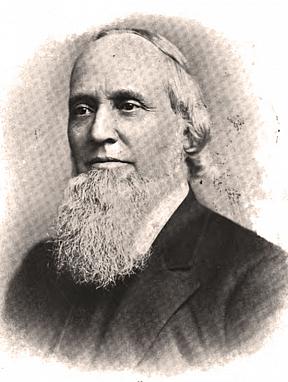 William Passavant was a strong advocate for conservative Lutheran theology. However it is for his contribution to social services that he is most remembered today. He opened colleges, hospitals, immigrant stations, libraries, orphanages, and Sunday schools and organized the first deaconess work in the United States. All of this was done without fund-raising appeals, because he believed those kinds of appeals dishonored God. After his death in 1894, friends remembered him warmly. Here is the assessment of one of them, Hugh A. Brown, written on this day 9 June, 1894.

“We [Hugh A. Brown and William Passavant] were intimate and attached friends in college. Of late years we were brought again into frequent communication and intimate relations with each other, and I learned more of his noble nature, of his warm, loving heart, and of his great usefulness. ‘A prince and a great man has fallen in Israel.’ No one in his own Church or in any other would be more missed. He was one of the most useful men in his generation. His numerous institutions of learning and of mercy constitute such a monument as few men of any age have had raised to their memory. To our view, his death seems to be premature. He had so much in hand; so much depended on him, and he seemed so necessary to the advancement of the many benevolent institutions he had in charge. But in God’s view he had finished his work. The time for rest and reward had come. He would not have said it, but we can bear testimony of him that he ‘fought a good fight and kept the faith. Henceforth there is laid up for him a crown of righteousness.’” Yours truly,  Saxe, Va., June 9. Hugh A. Brown.”