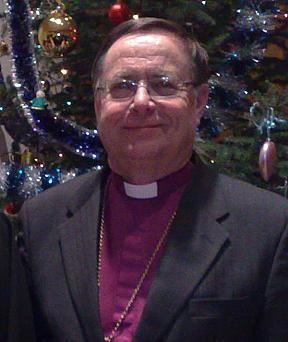 Jukka Paarma was the Lutheran archbishop of Turku, Finland. On this day June 11, 2001 he gave an address in Paltamo, Finland, describing the history of the Finnish church and its missionary spirit. Here are the opening lines from his talk.

“The Evangelical Lutheran Church of Finland is the fruit of missions work.

“In one sense it can be said of our church, as of the church of Rome, that it gave birth to itself, as merchants and travelers took this new faith with them and spread it as they went. Here too we can follow the progress of Christianity, for example, according to the way in which old cremation rituals gave way to Christian burial, in line with the doctrine of the bodily resurrection.….

“Here in the north Christianity first had an influence through its own power and the foothold it gained was reinforced through deliberate missions work. The frescoes in our national sanctuary, the Turku Cathedral, also tell of this. As you walk down the main aisle of the cathedral towards the main chancel, you pass through a wide archway. Two large pictures are painted on the walls of this archway. One of these represents the ninth century north-German missionary bishop Ansgarius. This bishop of Hamburg and Bremen is not known to have ever visited Finland, but his work in spreading the Christian faith to Scandinavia made him the Apostle of the Nordic region, thus well deserving of his place in our national sanctuary.

“As you go into the main chancel itself, there too is a large painting related to our missionary history. The picture depicts Saint Henry around the year 1150 baptizing Finns as Christians in Turku near Kupittaa. Henry, our patron saint, was English by birth, having left his homeland and come by way of Upsala to Finland to organize the church which had already begun here….”