Evidence that Once there Was Religion - 1711 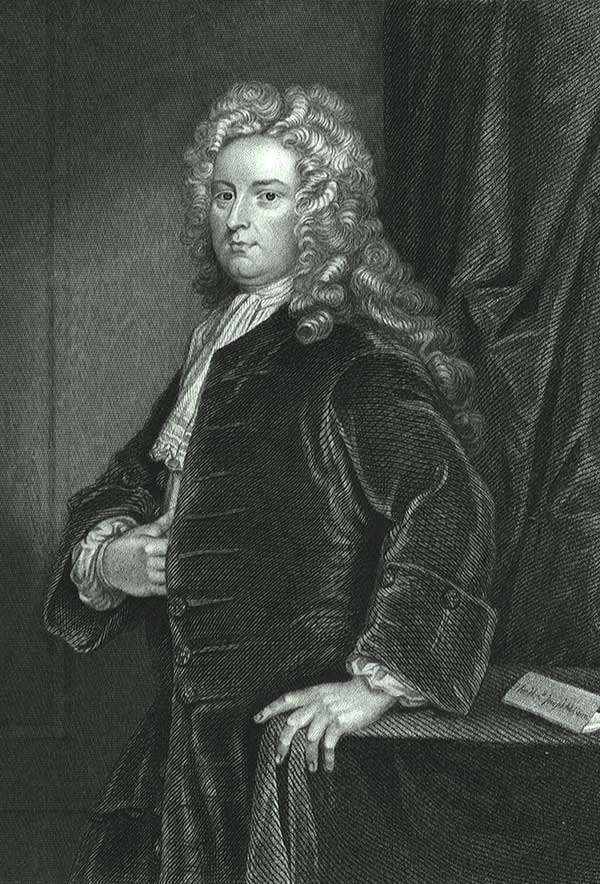 Joseph Addison, writer for the Spectator.

The Spectator was a witty but short-lived periodical of the early eighteenth-century that poked fun at the manners and morals of England. The issue for this day April 27, 1711, contained an amusing look at the practice of religion in London. Authored by Joseph Addison, it pretended to be a translation of some notes made by an Indian king visiting the great metropolis. After describing St. Paul’s Cathedral, London (which had been rebuilt after the great London fire and dedicated in 1708), the “Indian” writes:

“On the most rising part of the town there stands a huge house, big enough to contain the whole nation of which I am king. Our good brother E Tow O Koam king of the Rivers, is of opinion it was made by the hands of that great God to whom it is consecrated. The kings of Granajah and of the Six Nations believe that it was created with the earth, and produced on the same day with the sun and moon. But for my own part, by the best information that I could get of this matter, I am apt to think that this prodigious pile was fashioned into the shape it now bears by several tools and instruments; of which they have a wonderful variety in this country… It is probable that when this great work was begun, which must have been many hundred years ago, there was some religion among this people; for they give it the name of a temple, and have a tradition that it was designed for men to pay their devotions in. And indeed, there are several reasons which make us think, that the natives of this Country had formerly among them some sort of worship; for they set apart every seventh day as sacred: but upon my going into one of those holy houses on that day, I could not observe any circumstance of devotion in their behaviour: There was indeed a man in black who was mounted above the rest, and seemed to utter something with a great deal of vehemence; but as for those underneath him, instead of paying their worship to the Deity of the place, they were most of them bowing and curtsying to one another, and a considerable number of them fast asleep.”