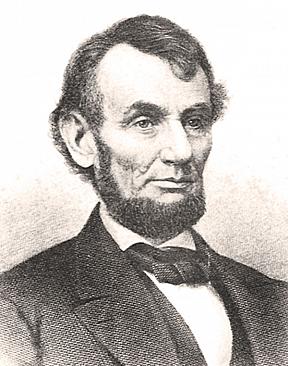 Abraham Lincoln: Did he become a Christian?

As a young man, Abraham Lincoln seems to have leaned toward agnosticism. One of his friends, William Herndon, even claimed he wrote an unpublished book expressing infidel sentiments. As Lincoln grew older, evidence suggests that he came to rely more and more on the Bible and prayer. Although there are rumors that Presbyterian minister Dr. James Smith led him to Christ, many have questioned whether he did become a Christian. Be that as it may be, many of his speeches and letters show a strong sense of divine providence and respect for the Christian faith. Here is one written to his close friend, Joshua Fry Speed. It is dated this day, February 3, 1842.

“Dear Speed:—Your letter of the 25th January came to hand to-day. You well know that I do not feel my own sorrows much more keenly than I do yours, when I know of them; and yet I assure you I was not much hurt by what you wrote me of your excessively bad feeling at the time you wrote. Not that I am less capable of sympathizing with you now than ever, not that I am less your friend than ever, but because I hope and believe that your present anxiety and distress about her health and her life [i.e.: Speed’s fiancé Fanny Henning, whom he married later that year] must and will forever banish those horrid doubts which I know you sometimes felt as to the truth of your affection for her. If they can once and forever be removed (and I almost feel a presentiment that the Almighty has sent your present affliction expressly for that object), surely nothing can come in their stead to fill their immeasurable measure of misery. The death-scenes of those we love are surely painful enough; but these we are prepared for and expect to see: they happen to all, and all know they must happen. Painful as they are, they are not an unlooked for sorrow. Should she, as you fear, be destined to an early grave, it is indeed a great consolation to know that she is so well prepared to meet it. Her religion, which you once disliked so much, I will venture you now prize most highly. But I hope your melancholy bodings as to her early death are not well founded. I even hope that ere this reaches you she will have returned with improved and still improving health, and that you will have met her, and forgotten the sorrows of the past in the enjoyments of the present.….

“Your friend, as ever, LINCOLN.”