Raining on the Christmas spirit - 1645 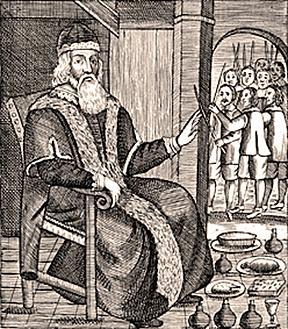 Christmas was not held in high regard by the Puritans, who complained that the holiday was nowhere commanded in Scripture. During the period of the English Civil War, Parliament even banned the celebration of Christmas. The Mercurius Civicus, or London’s Intelligencer, printed an article in the issue dated 18 December 1645, explaining to Londoners the absurdity—and impiety—of keeping Christmas Day. The paper stated that it was more probable that Jesus was born in September than in December, and quoted a “late minister” as saying:

“God did conceale the time when Christ was borne, upon the same reason that He tooke away the body of Moses, that they might not put an holinesse upon that day.”