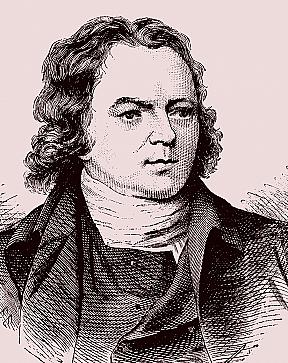 Wesley ordained Thomas Coke as “superintendent” of the Methodist Episcopal Church in the United States. Coke, an Anglican priest, had been driven from his pulpit in South Petherton because of his Methodist views and became Wesley’s chief assistant. He crossed the Atlantic eighteen times at his own expense for the cause of Christ. On his first trip, he ordained Francis Asbury to be bishop in the MEC along with him (rather than as superintendent—earning a rebuke from Wesley). Coke died at sea, sailing to open a mission work in India. Here is his comment on meeting Asbury on this day, 14 November 1784.

“About ten o’clock we arrived at Barret’s-chapel. . . . In this chapel, in the midst of a forest, I had a noble congregation. . . . After the sermon, a plain robust man came up to me in the pulpit, and kissed me: I though it could be no other than Mr. Asbury, and I was not deceived. . . . After dining, in company with eleven of our preachers, at our sister Barret’s, about a mile from the chapel; Mr. Asbury and I had a private conversation concerning the future management of our affairs in America.”