Partner and Pray, this Valentine’s Day!

William and Catherine Booth were the faith-filled power couple who started the Salvation Army in London in the 19th century. While they had unique gifts, they were united in their love for God and their passion for people! They worked hard and endured significant hardship, but God blessed their work.

While our culture would have us believe that the supreme purpose for each person in marriage is to “meet my needs,” God’s purposes are so much more! My husband Bill and I have been married for 33 years. This journey with Jesus has been quite an adventure. While we have very different personalities, we are united with one goal: to love God and love people. We’ve had our share of joys and pains, but we have learned to support each other through it all. As partners, sometimes God leads Bill into something and I join in; sometimes God leads me into something and Bill joins in. Some of the areas where we have had the privilege of partnering together with God are in adopting two boys from Ukraine; in joining a prayer team going to Brazil to pray with many people; and in film projects, etc. as we both work at Christian History Institute.

George and Mary Müller give us another example of a godly marriage. These two partnered together, supported each other, and cared for one another, even as they ministered to thousands of orphans spiritually and physically. George said of his wife Mary, "Every year our happiness increased more and more. . . . Thousands of times I told her - 'My darling, I never saw you at any time, since you became my wife, without my being delighted to see you.'

Further, day after day, if anyhow it could be done, I spent after dinner twenty minutes or half an hour with her in her room at the Orphan-Houses,....I knew it was good for her, that her dear active mind and hands should have rest, and I knew well that this would not be, except her husband was by her side... I spent these precious moments with my darling wife. There we sat, side by side, her hand in mine, as an habitual thing, having a few words of loving intercourse, or being silent, but most happy in the Lord and in each other, whether we spoke or were silent....Our happiness in God, and in each other, was indescribable.”

Müller believed that one of the greatest secrets of their marital bliss was that besides their times of private prayer and family prayer, he and Mary delighted in one another, spoke words of appreciation, spent time alone together, and frequently prayed together.

I have found Müller’s “secret” to be true in our marriage as well. As Bill and I focus on God in prayer and draw near to him, we draw closer to one another. We encourage each other in our faith and rejoice together with what God is doing in and through both of us. Likewise, we delight in sharing common interests; we both really enjoy time with our children, biking, hiking, and board games, but the main thing that has really drawn us close in recent years is our times with God together! 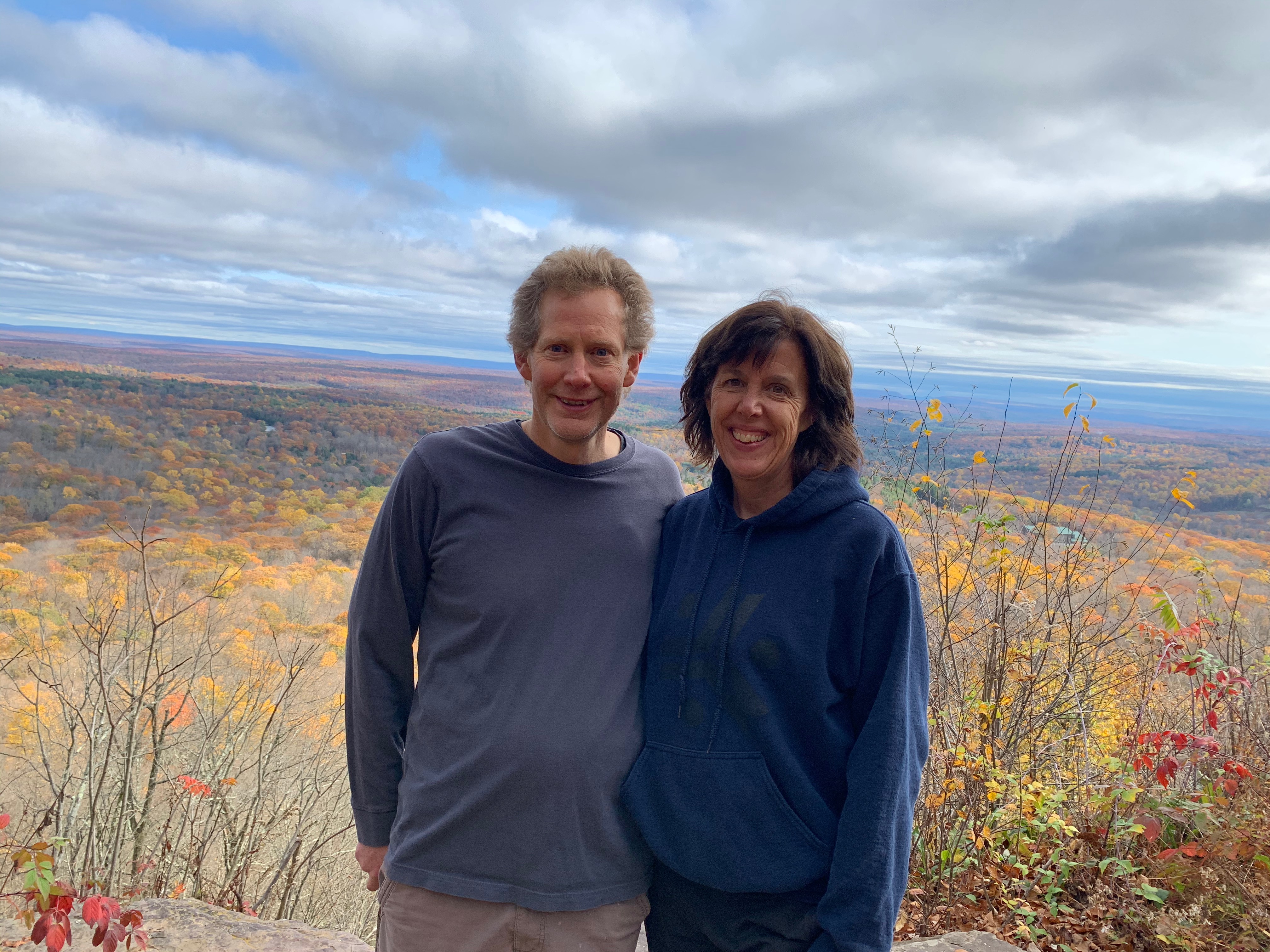 Linda and Bill Curtis on an autumn hike | personal photo

This Valentine’s Day let’s celebrate and strengthen godly marriages by encouraging one another in the Lord, enjoying shared activities, speaking words of affirmation, praying together, and even serving together! And may these good habits bear fruit all year.

Check out Our People and Robber of the Cruel Streets, two inspiring documentaries on these couples available to stream for free on RedeemTV.com!