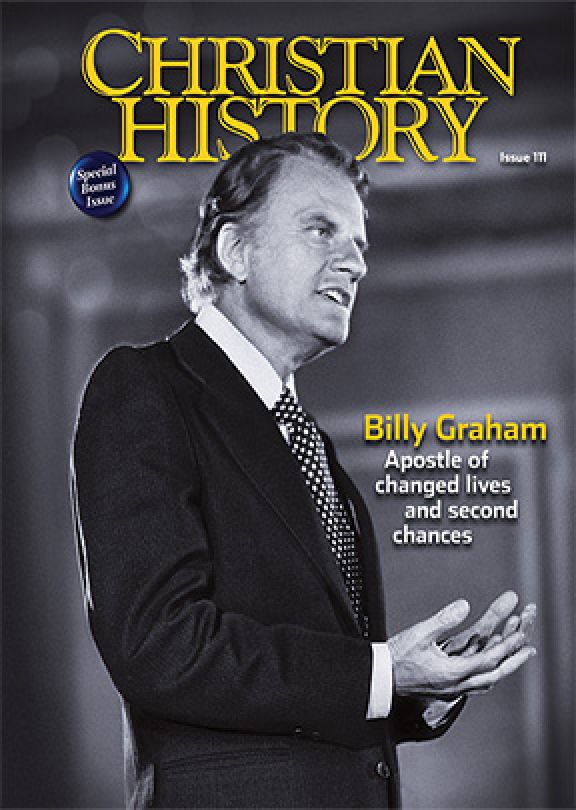 Billy Graham’s message changed millions, but in the course of his career, his experiences broadened, deepened, chastened, and changed him profoundly. Learn the story behind the man some have called the greatest evangelist since the New Testament Era in this issue of Christian History.

Billy Graham has been called America's pastor, a champion of civil rights, and a master of media. He built a global network of evangelical leaders, even as he befriended American presidents and their counterparts around the world. Through this issue of Christian History, take a look behind the scenes at the faith that made the man, the people and experiences that influenced him, and the legacy he built. Decide for yourself if Reverend Graham deserves one more title: Greatest evangelist since the New Testament Era.

Proof Through the Night - Set of Four

My Hope America with Billy Graham