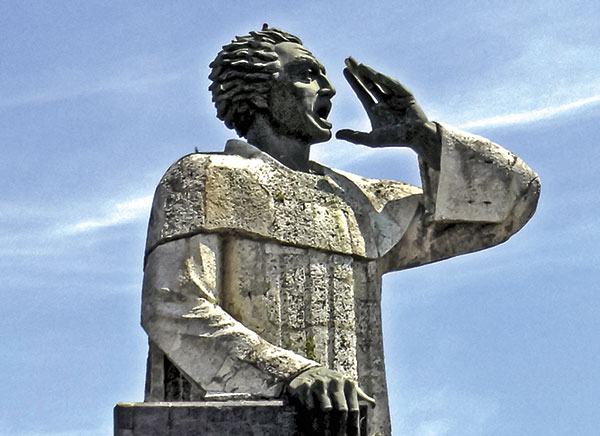 — 1492 Columbus lands on Guanahani, which he renames San Salvador.

— 1493 Papal Bulls of Donation give Portugal and Spain rights in the “New World.”

— 1494 Treaty of Tordesillas divides the “New World” between Spain and Portugal.

— 1513 First Catholic diocese is founded in Santo Domingo on the island of Hispaniola.

— 1542 De las Casas completes A Short Account of the Destruction of the Indies.

— 1767 Jesuits are expelled from Spanish colonies.

— 1846–1848 Mexican-American war is fought, reducing Mexico’s territory to the region south of the Rio Grande.

— 1888 Brazil abolishes slavery, the final Latin American nation to do so.

— 1898 The US takes Puerto Rico and the Philippines in the Spanish-American War.

— 1926–1929 Government anticlerical policies in Mexico result in the Cristero Rebellion.

— 1929 At the Havana Congress, Protestant denominations speak in favor of “Latinizing” indigenous churches.

— 1946 US Army opens the School of the Americas in Panama to train counterinsurgents. The SOA will be expelled from Latin America in 1984.

How Pentecostalism spread in Latin America and the Caribbean