PROTESTANTS AND CATHOLICS during the Reformation and the years after pursued all kinds of reform vigorously: in doctrine, worship, and morals. They saw reform of personal conduct as just another part of the needed reform of the Christian faith. Girolamo Savonarola, Martin Luther, Desiderius Erasmus, Katharina Schütz Zell, Marguerite de Navarre—these leading preachers, writers, and rulers cast their morality net very wide. Clergy and laity, church and society, men and women, child and adult, family and individual were all on the judgment seat.

With the closing of many of the convents and monasteries, Europe and (eventually) the New World witnessed a profound change in thinking on the nature of work and the understanding of marriage. The societal unease this caused added to an already-increasing concern people had about witchcraft. Those seeking to purify the morals of society were forced to confront what they saw as a growing plague, and they did not hesitate to employ executions as a means to purge the body politic.

What kind of sins came in for censure? A century after the Reformation, John Bunyan, English author of The Pilgrim’s Progress, recorded his conversion to the Christian faith in his 1666 autobiography, Grace Abounding to the Chief of Sinners. There he confessed to bear-baiting, bell-ringing, dancing, and playing games on Sunday. Also common at this time were astrology, necromancy, and other forms of esoteric magical practice, not to mention drunkenness, adultery, and heresy. One of the most common sins associated with the clergy was simony: the selling or buying of church-related offices or, more generally, the making of profit off of sacred things.

Moral reform was not just the work of lone individuals; it was taken seriously enough that some banded together in an effort to fight immorality. In France, for instance, groups like the Holy League, started by a nobleman named Henry, Duke of Guise, worked to stamp out what they saw as the heresy of Protestantism (specifically the presence of Calvinists) within the country—on the grounds that this was a moral ill and made France liable to the judgment of God.

This purifying work also included governments and churches, who labored together to stamp out vice. French reformer John Calvin worked to reform the faith and morals of his adopted home, Geneva, by founding a quasi-governmental body called the Consistory. Made up of both Christian ministers and political officials, the Consistory’s job was to police the morals of the city.

Everything from slander to financial improprieties and murder fell under its jurisdiction. The Consistory met each Thursday to hear cases. Like the Spanish Inquisition, the Consistory was governed by rules that allowed those falsely accused to extricate themselves from the charges brought against them.

Much more on Calvin and Geneva coming in issue 120!—The Editors 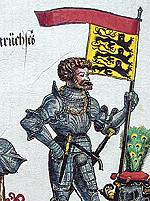 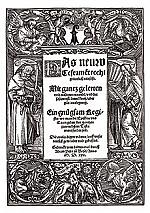 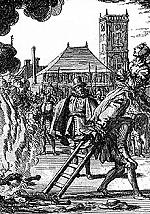