[Archbishop Albrecht at the foot of the cross; Wikipedia]

One latte and a monk, please

The word cappuccino is originally an Italian word deriving from, surprisingly, the order of Capuchin friars. This reforming order arose in the 1520s when Matteo da Bascio (1495–1552), a Franciscan, sought to return his fellow Franciscans to the primitive ideals of St. Francis of Assisi. At first they were suppressed, but in 1528 the pope approved them. Although their official name was the Order of Friars Minor Capuchin, everyone called them simply “Capuchins” after their distinctive brown hoods (cappuccio). Somehow, the name migrated to the drink—and also to the animal kingdom, where it is the name for a kind of monkey. Now you have a little background for your next coffeeshop order.

The Catholic Reformation encouraged the arts, and it helped touch off a flowering of art, music, and architecture that would extend into the seventeenth century and was eventually given the name “Baroque.” The word itself came from the Portuguese barroco, or “oddly shaped pearl”—originally an insult leveled by later critics against the dramatic, colorful, and exuberantly over-the-top approach to art used during this period (see “Editor’s note,” p. 4, and “Picturing saints,” pp. 16–18). Protestants were not immune to the trend, as the examples of Bach, Handel, and Rembrandt testify.

You can thank the Council of Trent for the calendar on your wall. The Julian calendar, established by Julius Caesar in 45 B.C., had gained about three days every four centuries in comparison to where the seasonal equinox should be. Since the church used the equinox to set the date of Easter, Easter had been slowly occurring later and later in the spring. In 1563 the Council of Trent approved a plan to correct these errors. It took over 20 years and a team of expert mathematicians, but in 1582 Pope Gregory XIII released a bull announcing the changeover. According to his instructions, the world should jump directly from Thursday, October 4 to Friday, October 15 (playing havoc with everyone’s birthday in the process).

Actually changing over, though, became a casualty of religious infighting. Most Catholic countries made the change right away, but most Protestant ones did not do so until the eighteenth century. Many Orthodox countries adopted the new calendar for civil matters in the twentieth century, but Orthodoxy still retains a version of the Julian calendar for church matters.

Catholic reformers in their own words

• Out of gratitude and love for God we should desire to be reckoned fools.—Ignatius of Loyola, Sacred Constitutions

• Everyone had “justification,” “faith,” “love” on their tongue, but few understood what those things were, about which they made such a noise and wrote so much. —Gasparo Contarini, “Letter on Justification”

• Strong in faith and hope, let us direct our voyage, so we may arrive at the port of salvation for the glory of God. . . . Truly we the shepherds are the cause of the evils now oppressing the Church.—Reginald Pole, address written for the Council of Trent

• As for myself I am weak, but with God I am right strong. By his comfort I may do all things, for his love is so steadfast and everlasting.—Marguerite de Navarre, Mirror of a Sinful Soul, in a translation made by the future Queen Elizabeth I in 1545

• Although from Rome to Japan there are 8,000 leagues of journey, yet to those who love God and the salvation of souls all the toils and dangers of the world are pleasures.—Francis Xavier, “Account of Japan”

• Gaze often inwardly upon Jesus Christ crucified, naked, blasphemed, falsely accused, forsaken, overwhelmed with every possible grief and sorrow, and remember that none of your sufferings can ever be compared to His, either in kind or degree, and that you can never suffer anything for Him worthy to be weighed against what He has borne for you.—Francis de Sales, Introduction to the Devout Life

• If preaching is your job, then prepare diligently and study well. But be sure that you first preach by the way you live. If you do not, people will notice that you say one thing, but live otherwise.—Charles Borromeo, sermon, 1599

• The school of Christ is the school of charity. On the last day, when the general examination takes place, there will be no question at all on the text of Aristotle, the aphorisms of Hippocrates, or the paragraphs of Justinian. Charity will fill the whole syllabus.—Robert Bellarmine, sermon preached at the University of Louvain CH 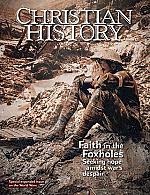 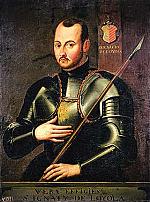