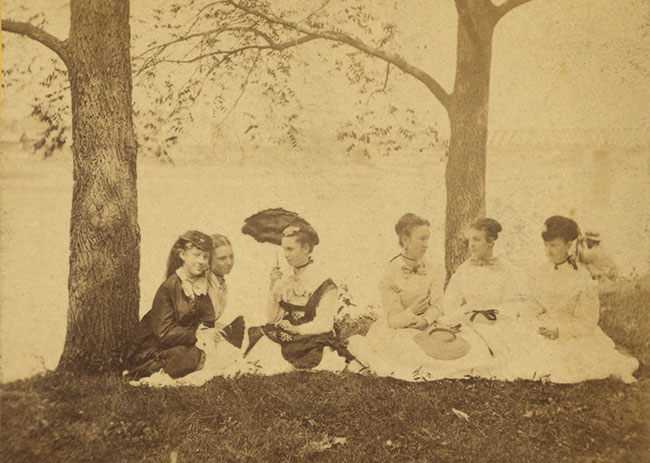 If you ever attended an AWANA club or memorized Scripture in Sunday school as a child, at least one Bible verse probably stuck with you: John 3:16 (see p. 1). For your memorization efforts, perhaps you received badges, ribbons, and even trophies. Even critics of memorization-based programs recognize the value of knowing Scripture by heart. Still the question remains: Does Bible memorization change your heart?

Americans in the 1800s sought to answer this question during a transformational moment in American religious history as Protestant reformers across denominations united to create institutions and ministries exclusively for young people. They designed these institutions as, first and foremost, Bible-saturated cultures.

Sunday school for all

In the 1820s Sunday schools taught literacy and catered almost exclusively to childhood and adolescent religious formation. They spread rapidly after the formation of the American Sunday School Union (ASSU) in 1824. A nonsectarian association, the ASSU promoted a “Bible alone” approach to saving souls and cultivating a virtuous citizenry, aspiring to place religious education “within the reach of every individual in our country.” The society established over 70,000 new Sunday schools over the nineteenth century.

By 1832 over 10 percent of White American children attended an ASSU Sunday school; by the 1850s a church without a Sunday school was considered an anomaly. African American Sunday schools also existed, but White cultural resistance to Black education worked against thorough recordkeeping. ASSU workers in the South before the Civil War often hesitated to use the word “school,” preferring the more ambiguous term “catechesis” to avoid the implication that they taught African Americans to read. Nevertheless Sunday schools for Black children proliferated, particularly in southern states where Blacks were a majority.

Some Sunday schools, affiliated with White Presbyterian, Methodist, and Baptist denominations and with the ASSU, were founded by White missionaries; the African Methodist Episcopal Church and African Methodist Episcopal Church Zion also led efforts. Richard Allen’s Mother Bethel Church in Philadelphia opened its first Sunday school by 1827. The AME spread Sunday schools as far west as Ohio by 1829 and by 1842 had established them as far south as Louisiana and Georgia.

For both Black and White pupils, Scripture permeated Sunday school. Literature told Bible stories and concepts in imaginative, child-friendly language. Song books and prayer books provided a weekly diet of Scripture-laden exhortations and reflections. The Sunday school sermon by the superintendent or a local pastor was the centerpiece of the weekly routine.

Sunday schools kept careful records of students’ memorized Scriptures and boasted of them in annual reports. The Philadelphia Sunday School Union reported with pride that many pupils regularly recalled entire books of the Bible, considered a sign of “great love for and delight in the holy Scriptures.”

A collar trimmed with lace

African American pupils in northern states read the Bible themselves and selected passages to commit to memory, but enslaved Black children in southern states were usually barred from reading. Sunday school teachers had to work around antiliteracy laws—restricting activities to singing, prayer, and oral recitations.

Some teachers attempted to incorporate literacy in defiance of the law. Over a thousand Black students attending Episcopal Sunday schools in South Carolina in the 1850s received access to religious pamphlets, ASSU hymnals, and the Child’s Scripture Question-Book. Southerners accused teachers of being secret abolitionists with increasing frequency before the Civil War.

Children often expressed pride in their memorization skills and the prizes they earned. Ten-year-old Caroline Clarke of New York made memorization of seven Bible verses to recite at Sunday school a standard part of her weekly religious ritual, noting in her diary when she delivered them flawlessly. At a school in Delaware, Mary Aikin, daughter of a blacksmith, racked up numerous prizes over a multiyear period, including tracts, a psalmbook, a thread case, and a “collar trimmed with Nun’s lace.” Her brother, James, on the other hand, forfeited a premium at least once a year for various minor offenses. Finally he managed to win a storybook, aptly titled The Prodigal Son.

James Aikin may present a more accurate picture of the rate at which students earned premiums, not simply because children are prone to misbehave but because attendance often fluctuated. By midcentury many educational theorists claimed memorization was a faulty pedagogical tool that did little to shape a child’s intellect.

Sunday school teachers fretted that premiums motivated pupils to focus on memorization only to earn rewards without understanding the gospel message. The ASSU complained as early as 1827 “that many pupils of Sunday schools are ignorant of the meaning of those passages of Scripture which they commit to memory.” Merely dispensing Scripture via memorization did not sufficiently shape children’s hearts. Minds must also be engaged to ensure lasting change.

The ASSU began emphasizing a new curricular mode, the Union Questions. Designed for small groups, these contained sequenced sets of 10 to 20 Bible verses to memorize during the week. Teachers quizzed pupils on the meanings of the verses following recitation. To train students in biblical reflection and application, the Union Questions did not contain prepared answers, requiring teachers and pupils to achieve mastery of scriptural content to move on.

Sunday school workers were particularly interested in programming for youth, a flexible term encompassing ages 10 to 25. Workers struggled to retain pupils in adolescence. A Boston Sunday school society commented in 1822 that “a mistaken notion prevailed among some of the children, that when they arrive at the age of thirteen or fourteen they are too old to go to a Sabbath school.”

The ASSU created a specialized version of the Union Questions for students 13 and above. Called Bible classes, they featured extended and complicated weekly lessons, along with basic pedagogy training. As a result, the ASSU hoped, Sunday schools could enable adolescents to develop a distinct sense of belonging—even superiority—and also motivate them to take ownership of their scriptural knowledge.

Bible classes encouraged youth to become teachers of younger classes once they had completed the curriculum. This gave them the dual roles of student and teacher of the Bible and provided them with a public outlet for spiritual formation. Twenty-two-year-old Elizabeth Prentiss wrote to her brother how “at Sabbath-school this morning, while talking with my scholars about the Lord Jesus, my heart, which is often so cold and so stupid, seemed to melt within me, with a view of His wonderful, wonderful love for sinners. . . .” Michael Floy of New York believed that his work as a Bible instructor kept him from becoming a “backslider,” noting in his diary how he instead developed the virtues of punctuality, seriousness, and morality.

ASSU president Archibald Alexander (1772–1851) boasted that, as a result of such work, “many of our intelligent young people are actually becoming accurate Bible theologians.” Many of these young people were women. Perhaps in part because they were denied the opportunity in church or academy, young women eagerly filled this role in Sunday schools, and female teachers almost always outnumbered male teachers. Whether male or female, through Bible classes young people claimed a role traditionally reserved for parents and pastors—religious education of children—as their own.

Elise Leal is assistant professor of history at Whitworth University. This article is adapted from an essay in Every Leaf, Line, and Letter: Evangelicals and the Bible from the 1730s to the Present and is used with the permission of InterVarsity Press.

A new way to study 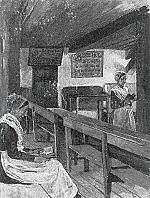 How American Christians have interpreted, sung from, studied, taught, and sometimes fought over the Bible 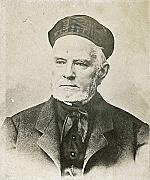