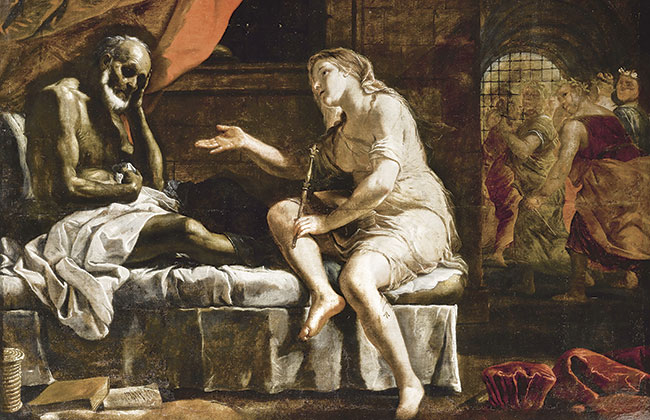 Born into a prominent political family, Boethius was raised by his adoptive father who taught him Greek, a rarity for Romans at the time. A great scholar, Boethius became a senator at 25, quickly rising through the ranks to hold important government offices.

In 520 Boethius became the head of all governmental and court services under Theodoric the Great. In addition he attempted to heal divisions between the church in Rome and in Constantinople. His plan backfired, however, and he was charged with treason; in jail he drafted his masterpiece, The Consolation of Philosophy (c. 524). In it Philosophy reminds him that fame and wealth are empty, while virtue and the mind are the “one true good.” In Consolation Boethius also promoted classical education, believing that students need to learn Plato and Aristotle for the advancement of Western culture. Despite Boethius’s claim of innocence, he was executed in 524. His book lives on, one of the most-read works of the entire Middle Ages.

Alcuin was educated at the cathedral church of York, England, a center of learning; the pupil soon became a teacher at the school and later the headmaster. But when Alcuin met Charlemagne in Italy in 781, the great ruler persuaded Alcuin to join his court in Aachen. There Alcuin oversaw the education of Charlemagne and his sons—teaching the liberal arts, organizing the curriculum, and raising standards. By doing this for the most influential leader of the Western world, Alcuin helped elevate both literacy and scholarship throughout Europe. Alcuin also used liberal arts education to further spiritual development. He believed the purpose of prudence, justice, courage, and temperance is not just to improve one’s rhetoric but to improve one’s life.

The aging Alcuin eventually requested leave from court. Charlemagne put him in charge of Marmoutier Abbey where he served until his death in 804.

Lombard excelled in his studies, eventually becoming a professor at the cathedral school of Notre Dame. He rose from subdeacon all the way to bishop of Paris in 1159, a position he held for only one year. Yet he is perhaps best remembered for his masterpiece, Four Books of Sentences (c. 1150), the primary theological textbook from the twelfth century to the Reformation.

Lombard’s book collected biblical texts and commentaries from church fathers and served as a medieval university textbook for centuries. Sentences held such sway because of Lombard’s genius in assembling wisdom of the centuries in one book, ready to be pored over by students thirsty for knowledge.

Born in modern-day France, Herrad grew up at Hohenburg Abbey. Well-funded and supported by the Holy Roman emperor, the abbey offered her the best education a woman could obtain in twelfth-century Europe. Noted for erudition and wisdom, she managed governance and education of the other nuns and was elected abbess in 1167.

Even before this, Herrad had begun her best-known work, Garden of Delights (finished in 1185). In it she collected knowledge of the day about the liberal arts for young novices to use in moral, theological, and biblical studies. The manuscript included poetry, music, stories, and numerous illuminations, and incorporated Christian, classical, and Arab sources. It tragically burned in a library fire in 1870, but miniature copies still exist, and a replica was republished in the nineteenth century. A heroic piece of work, it is considered the first encyclopedia written by a woman.

Illegitimate son of a Dutch priest and orphaned by the plague, Erasmus entered a monastery as a teen. He was ordained in 1492 and went to Paris to study theology. His main goal was to learn from the best theologians and concentrate on his love of classical learning. In England he studied with John Colet, who encouraged him to become a “primitive theologian” by studying Scripture in a manner closer to the church fathers than to the scholastics. Erasmus dedicated himself to the Greek language and in 1516 published a Greek New Testament.

Erasmus valued his intellectual freedom and remained an independent scholar—writing prolifically to stay financially stable. By the 1530s between 10 and 20 percent of all books printed in Europe were written by Erasmus! Among his books is On the Teaching of Boys (1529), which urges teachers to instill the classics and the church fathers into young minds. Renaissance humanism, the movement he helped spearhead, would transform university education and society.

Vico was a professor of rhetoric at the University of Naples during the Age of Enlightenment who urged people to keep sight of what classical antiquity could teach humanity. In his New Science (1725), he argued that over-reliance on new scientific knowledge would sacrifice the art of rhetoric—but that using the best of both old and new would make students “exact in science, clever in practical matters, fluent in eloquence, imaginative in understanding poetry or painting, and strong in memorizing what they have learned in their legal studies.” Against Enlightenment scientific methods, he argued that truth is verified through creation, not observation.

Daughter of an Anglican priest, Sayers earned a scholarship to Somerville College, Oxford, and later became an advertising copywriter in London. Famous for her Lord Peter Wimsey detective novels, Sayers became a Christian apologist and authored The Mind of the Maker (1941), Begin Here (1942), and Creed or Chaos (1947). She called T. S. Eliot, Charles Williams, and C. S. Lewis friends.

Questions of vocation, including how education develops vocation, animated Sayers’s writing. While the medieval trivium had shaped university education, Sayers almost single-handedly revived it for use in elementary and secondary schools and homeschooling with her essay “The Lost Tools of Learning” (1947). And one of her famous mystery novels, Gaudy Night (1935), is as much about whether university education prepares people to flourish as it is about the romance between Wimsey and Harriet Vane.

Lewis was born in Northern Ireland to a bookish Protestant family: “Books in the study, books in the dining room, books in the cloakroom, books (two deep) in the great bookcase on the landing,” he wrote. From an early age, he immersed himself in them. By 1917 he was a student at Oxford and, aside from a stint as a soldier in World War I, lived there the rest of his life. Around 1930 he famously converted from atheism, first to theism and then to Christianity.

For many years Lewis served as a tutor in Oxford’s English faculty and then became chair of medieval and Renaissance literature at Cambridge. In addition he is largely regarded as the twentieth century’s most celebrated apologist and one of its great fantasy authors. In academic works, apologetics, and fiction, he expressed deep concerns about contemporary education, attacking modern university trends directly in That Hideous Strength (1945). Yet even though an intellectual giant, Lewis didn’t consider the intellectual pathway the only road to God: “We find it to be a road, and it may be the appointed road for us.” CH 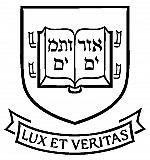 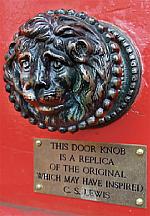