Letter to Trajan from Pliny the Younger. Introduction by Stephen Tomkins. Edited and prepared for the web by Dan Graves. 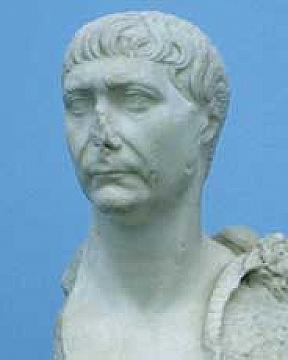 Pliny was a civil servant who served as governor of Bithynia, in the north of Asia Minor (modern Turkey), from 111-113 AD. Here he met Christians for the first time and was not sure how they should be dealt with. So he wrote the following letter to Emperor Trajan reporting what he had done so far and asking for guidance. Trajan’s more succinct answer is also included below.

As well as being Pliny’s first encounter with Christians, this is our earliest internal document showing the Roman Empire’s attitude and policy towards the church. Moreover Pliny does historians the great favor of describing what he has discovered about the way Christians worshipped. So, this bit of political correspondence, though of very little importance in the political history of Rome, is very important for what it tells us about the way early Christians were seen by the authorities and about what they did.

Pliny to the Emperor Trajan

It is my practice, my lord, to refer to you all matters concerning which I am in doubt. For who can better give guidance to my hesitation or inform my ignorance? I have never before participated in trials of Christians, so I do not know what offenses are to be punished or investigated, or to what extent. And I have been not a little hesitant as to whether there should be any distinction on account of age, or no difference recognized between the very young and the more mature. Is pardon to be granted for repentance, or if a man has once been a Christian is it irrelevant whether he has ceased to be one? Is the name itself to be punished, even without offenses, or only the offenses perpetrated in connection with the name?

Meanwhile, in the case of those who were denounced to me as Christians, I have followed the following procedure: I interrogated them as to whether they were Christians; those who confessed I interrogated a second and a third time, threatening them with punishment; those who persisted I ordered executed. For I had no doubt that, whatever the nature of their creed, stubbornness and inflexible obstinacy surely deserve to be punished. There were others possessed of the same folly; but because they were Roman citizens, I signed an order for them to be transferred to Rome.

Soon accusations spread because of these proceedings, as usually happens, and several incidents occurred. An anonymous document was published containing the names of many persons. Those who denied that they were or had been Christians, when they invoked the gods in words dictated by me, offered prayer with incense and wine to your image, which I had ordered to be brought for this purpose together with statues of the gods, and also cursed Christ – none of which those who are really Christians can, it is said, be forced to do — these I thought should be discharged. Others named by the informer declared that they were Christians, but then denied it, asserting that they had been but had ceased to be, some three years before, others many years, some as much as twenty-five years. They all worshipped your image and the statues of the gods, and cursed Christ. They asserted, however, that the sum and substance of their fault or error had been that they were accustomed to meet on a fixed day before dawn and sing responsively a hymn to Christ as to a god, and to bind themselves by oath, not to do some crime, but not to commit fraud, theft, or adultery, not falsify their trust, nor to refuse to return a trust when called upon to do so. When this was over, it was their custom to depart and to assemble again to partake of food — but ordinary and innocent food.

Even this, they affirmed, they had ceased to do after my edict by which, in accordance with your instructions, I had forbidden political associations. Accordingly, I judged it all the more necessary to find out what the truth was by torturing two female slaves who were called deaconesses. But I discovered nothing else but depraved, excessive superstition. I therefore postponed the investigation and hastened to consult you. For the matter seemed to me to warrant consulting you, especially because of the number involved. For many persons of every age, every rank, and also of both sexes are and will be endangered. For the contagion of this superstition has spread not only to the cities but also to the villages and farms. But it seems possible to check and cure it.

It is certainly quite clear that the temples, which had been almost deserted, have begun to be frequented, that the established religious rites, long neglected, are being resumed, and that from everywhere sacrificial animals are coming, for which until now very few purchasers could be found. Hence it is easy to imagine what a multitude of people can be reformed if an opportunity for repentance is afforded.

You observed proper procedure, my dear Pliny, in sifting the cases of those who had been denounced to you as Christians. For it is not possible to lay down any general rule to serve as a kind of fixed standard. They are not to be sought out; if they are denounced and proved guilty, they are to be punished, with this reservation, that whoever denies that he is a Christian and really proves it — that is, by worshiping our gods — even though he was under suspicion in the past, shall obtain pardon through repentance. But anonymously posted accusations ought to have no place in any prosecution. For this is both a dangerous kind of precedent and out of keeping with the spirit of our age.