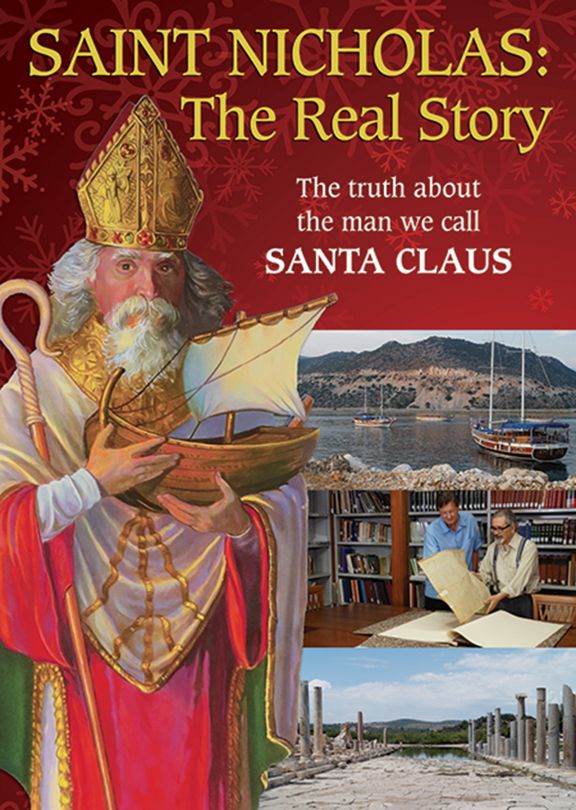 Everybody knows the story of Santa Claus, the red–suited figure who lives at the North Pole and distributes gifts to good children every Christmas eve. But is there any historical evidence on which this jolly old character is based? Was there a real Santa Claus? To answer that question, host Mark Wilson, a distinguished historian and archeologist travels not to the North Pole but to modern day Turkey and Italy. There he uncovers clues that lead to the truth about the man behind the legend.

Saint Nicholas: The Real Story takes you on a thrilling quest for truth. You will visit beautiful Mediterranean locations and explore stunning archeological excavations. You’ll hear from experts about new historical and scientific analysis and even hear intriguing stories about stolen bones. Through it all you’ll discover the true story of a third century Christian man named Nicholas, a man known for his generosity and concern for the poor. As a bishop, Nicholas stood for truth at a critical time in Church history and he profoundly affected the lives of all he touched. Saint Nicholas: The Real Story unveils a portrait of a man who turns out to be far more interesting that he fable that rose up around him.

Hosted by Dr. Mark Wilson, the world's leading expert on the early church in Turkey and director of the Asia Minor Research Center.

Featuring expert commentary from Adam C. English, author of, The Saint who would be Santa Claus and from Father Gerardo Cioffari, Director of the Centro Studi Nicolaiani in Bari, Italy.

Martin And The Heavenly Tree

Trial And Testimony - With PDFs

Christian History Magazine #103 - The Wonder of the Season