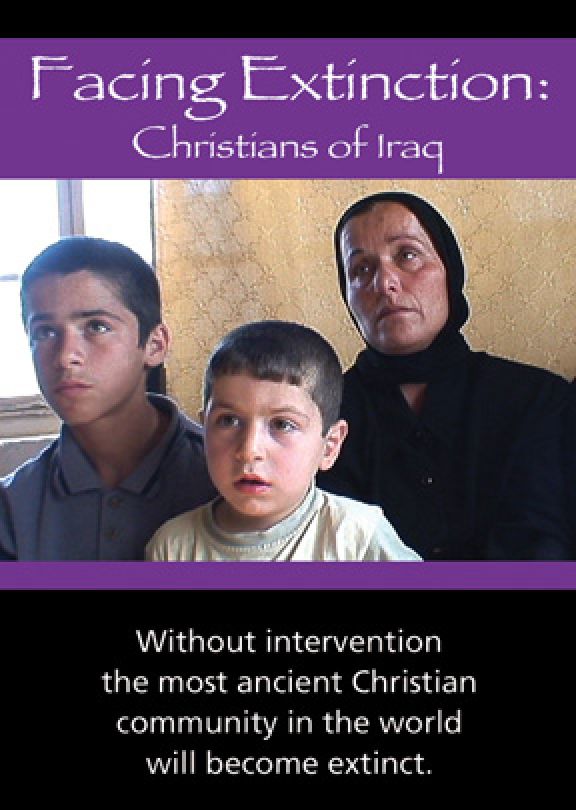 A heart-wrenching documentary about the current plight of the Christian Minority in Muslim Iraq.

﻿Facing Extinction: Christians of Iraq is a heart-wrenching documentary about the current plight of the Christian Minority in Muslim Iraq. This stark and forceful film holds nothing back as it gives voice to just a few of the thousands who are facing persecution at the hands of Islamist extremists. The persecution takes the form of kidnapping, rape, church bombings, barbaric torture and murder. The film estimates that one million Iraqi Christians have been forced from their homes in recent years, some fleeing to the north of Iraq and others taking refuge in nearby countries where they are often unwelcome and forced to live under deplorable conditions. The film also documents the indifference of the Iraqi government to the situation as well as the U.S. government’s refusal to offer refuge to these suffering Christians due to the current interpretation of the U.S. Patriot Act.

Facing Extinction is a call to action for Western Christians to come to the aid of their brothers and sisters. It gives specific advice on how individuals can lobby the U.S. government to change the current policy and work to end this humanitarian crisis before it is too late.

Narrated by Jim Caviezel of The Passion of the Christ. Widescreen.