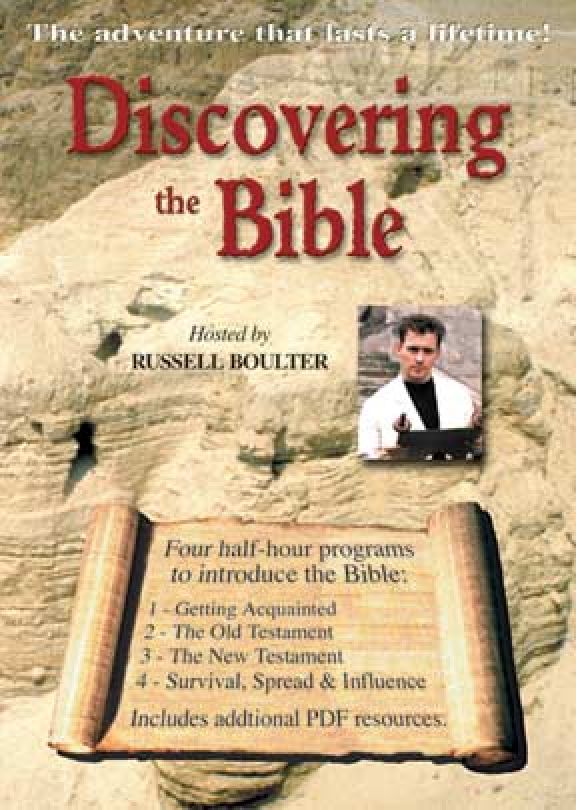 Program 1: Getting Acquainted
It's the all-time best-seller since the beginning of printing. It has produced passionate controversy for centuries. What is the book that is like none other in the history of the world? Where did it come from? What does it consist of? Does it still speak to us today?

Program 2: The Old Testament
An ancient book? Yes, but far more! It's a kind of love letter and a still-living legacy that shaped the identity of a unique people. What about the Dead Sea Scrolls? The accurate preservation of the contents over millennia underscores the marvel of these writings.

Program 4: Survival, Spread, and Influence
Despite attempts of tyrants to destroy it, the Bible has endured and become the most translated and circulated book ever. It was translated into various art forms and given to us in English through heroic efforts. It’s the book that influenced the lives that influenced the world.

PDFs included on the DVD:

KJB - Book That Changed The World