Latin American Christianity, Did you know? 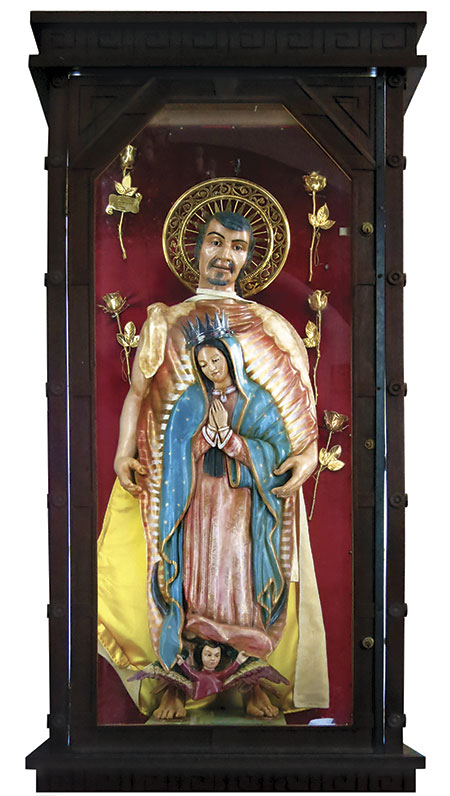 Columbus did not sail to prove the world is round—this was already widely accepted by the educated European elite—but he did believe that he had reached the Indies and so called those he met there “Indians.” He was actually in the modern-day Bahamas.

More than 350 indigenous groups lived in Latin America when Columbus arrived (see map, p. 16). We know the most about the Maya, the Aztec, and the Inca. The Mayan language had a written form, but the the Aztec and the Inca administered their empires without a written language. Both Nahuatl (the Aztec language) and Quechua (the Inca language) were first put into writing for missionaries to use in preaching and catechizing, but use of them was later suppressed.

Between 1493 and 1820, Spain sent 15,000 missionaries to the Americas, fully funding most of them. Among the first was a group of 12 Franciscans that arrived in Mexico in 1524, chosen to equal the number of the apostles. Frequently Franciscans conducted mass baptisms, at one point claiming to have baptized over five million indigenous people.

The first non-European printing press was established in Mexico City in 1539 by printer Juan Pablos. The first book printed was Breve y mas compendiosa doctrina Christiana en lengua Mexicana y Castellana by Bishop Juan de Zumárraga, which explained basic doctrine in both Spanish and Nahuatl. It was based on a work by Constantino Ponce de la Fuente of Seville, later condemned by the Inquisition as a Lutheran.

Carmelite nun Sor Juana Inés de la Cruz (1648–1695; see p. 44) was one of Latin America’s most renowned thinkers. She wrote secular and religious plays and poetry—in Latin, Nahuatl, and Spanish. Some called her “The Tenth Muse” and “The Mexican Phoenix.”

The role of caste

The Spanish developed a caste (casta) system over time. Peninsulares were those born in Spain; criollos were Spaniards or other Europeans born in the “New World”; indios were the indigenous people; mestizos were of mixed indigenous and European ancestry; mulatos were mixed African and European; negros were sub-Saharan African; cholos had indigenous and mestizo backgrounds; and pardos had European, African, and indigenous ancestry.

Laws governed the taxes, occupations, and marriages of each casta; the priesthood was reserved for those of “pure” (European) blood.

From Calvin to the Pentecostals

The first Protestant missionaries arrived in Latin America in 1556—and they were sent by John Calvin! Pastors and seminarians from Geneva came to serve the spiritual needs of a group of French citizens who had settled in Brazil, but the mission was a failure. British, French, and Dutch Protestants continued to settle in Latin America in small numbers, but major immigration was not encouraged until the nineteenth century. Protestant clergy and church workers were, at first, ordered only to serve their own immigrant people and not to try to convert Latin American Catholics.

Here are some terms you’ll find in this issue that may be unfamiliar to you. Feel free to flip back here if you can’t remember the definitions!

Base communities: Groups of Christians who meet for discussion and Bible study; associated in 1960s Latin America with liberation theology

Cofradías: Catholic brotherhoods (confraternities) that provided their members support and an opportunity to exercise devotion

Conquistador: A Spanish or Portuguese conqueror of Latin America

Crown: The usual term for the Spanish or Portuguese monarchs

Encomienda: A grant from the Spanish crown that gave the grant holder the use of the labor of a certain number of indigenous people

Iberian: Pertaining to both Spain and Portugal, which are located together on the Iberian peninsula

Liberation theology: A twentieth–century movement developed and spread by Latin American theologians emphasizing political and social as well as spiritual needs of the poor

Maroons: Africans who were free or had escaped slavery who built settlements away from the dominant civilization where they could live in peace

New Spain: Spain’s colonies located in what are today the southwestern United States, Mexico, and much of Central America (see map, p. 16)

Patronato real: A privilege from the pope allowing the Spanish crown to appoint bishops and priests in all Spanish colonies

Pre-Columbian: Culture, art, religion, and history in the Americas before the arrival of Columbus

The desires, faith, and practices of elite colonizers, politicians, and church bureaucrats opposed those of the poor, enslaved, and oppressed.

The initial encounters between Europeans and Latin Americans