Roosevelt, an Episcopalian, came from a wealthy New York family and rose quickly to political prominence. He served as assistant secretary of the navy under President Wilson, ran unsuccessfully for vice president in 1920, and then withdrew from politics while battling polio.

Undeterred by his illness, Roosevelt eventually reentered the political fray by winning the governorship of New York in 1929 and then the presidency in 1932. He married his fifth cousin, Eleanor Roosevelt, in 1905; despite several documented affairs on his part, the marriage produced six children, and Eleanor gave her attention to social and humanitarian causes.

Roosevelt was elected to a record-breaking four terms as America’s thirty-second president, prompting after his death the passage of the Twenty-Second Amendment to the Constitution which limits presidential terms to two. He entered office during the Great Depression and remains famed for his “New Deal,” a set of social programs aiming to restore American prosperity.

Roosevelt originally remained officially neutral in World War II while serving as a supplier of armaments to the Allied powers, but the attack on Pearl Harbor by Japan in December 1941 changed that. The US entered the war and helped turn the tide in favor of the Allies; many historians and economists argue that the war finally brought the US economy out of the depression. 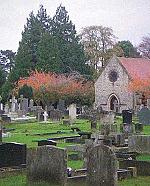