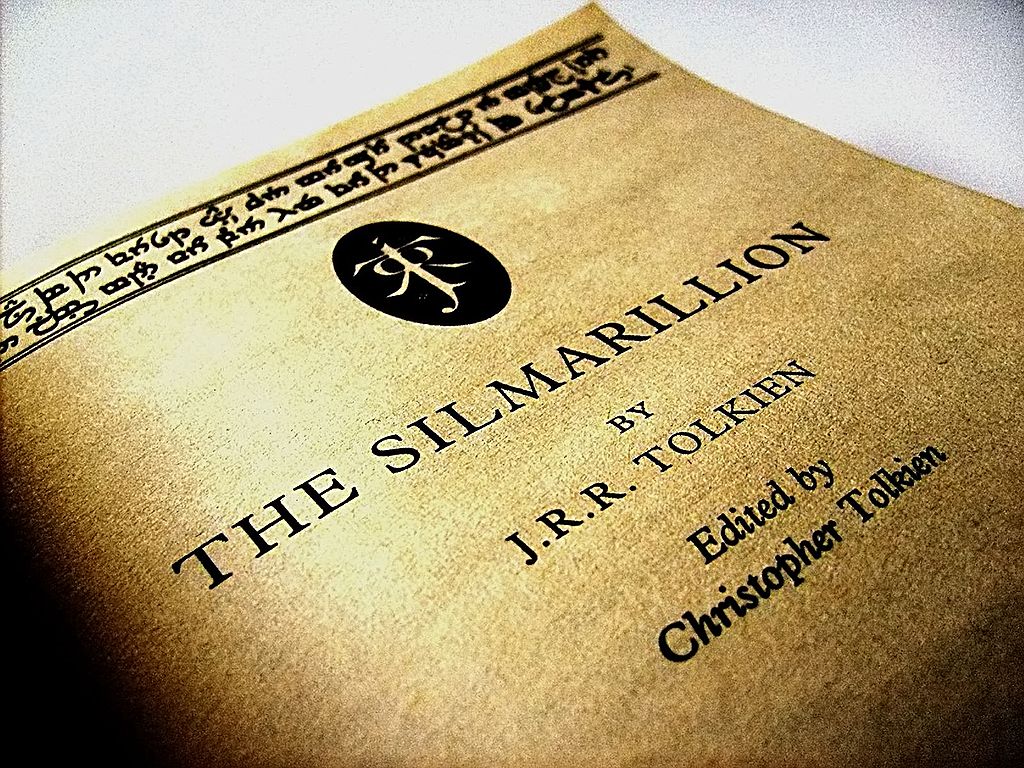 The title page of the book The Silmarillion by J.R.R. Tolkien, edited and published by his son, Christopher Tolkien. Photo by Stojanoski Slave; Wikimedia

On January 3, 2020, along with thousands of fans of the works of J. R. R. Tolkien around the world, I joined in the traditional Tolkien Birthday Toast. The idea behind the toast is that, at 9 p.m. in your own time zone, you raise a glass - it can be as simple as a glass of water - and say simply “The Professor!”  Few authors have been as significant to my own spiritual life as the creator of Middle-earth, and few give me greater literary pleasure.

On January 16, 2020, a little before 9 p.m., I saw the news online that Christopher John Reuel Tolkien had died. Christopher was the third son of  J. R. R. (or Ronald, as he was commonly known) and Edith Tolkien. The stories of Tolkien’s legendarium - as well as other unconnected but enjoyable creations such as Roverandum and the Father Christmas Letters  - originated in tales Ronald Tolkien told his children when they were little. But as the children grew and pursued their own lives, though all appreciated and interacted with their father’s legacy, Christopher was the one most intricately involved in the ongoing development of Middle-earth.

Like his father, Christopher met with the Inklings: he is the last of those who did so to leave us. (You can read more about the Inklings and their friends and influences in our issue #113, Seven Literary Sages). Like his father, he became an academic and a medievalist. Ronald sent chapters of Lord of the Rings to Christopher when the latter was serving in World War II and discussed them with his son. Christopher drew the original map of Middle-earth to his father’s specifications, a map so influential it was not only copied by subsequent Middle-earth mapmakers but was profoundly formative on what nearly all fantasy maps look like today. When Ronald died in 1973, he named Christopher his literary executor.

Christopher began by editing the book his father had always wanted to publish but never brought to completion - the Silmarillion, which came out in 1977. But as he sorted through his father’s notes and papers, more followed. He eventually edited, annotated, and brought to publication 25 of his father’s works posthumously - more than quadruple the amount Ronald Tolkien had published during his lifetime. Unfinished Tales, the Lays of Beleriand, Ronald Tolkien’s translation of Beowulf, and many more. The Athrabeth Podcast tweeted in recognition of the death that Christopher “made the entire field of Tolkien studies.. . .Without his lifetime’s effort to curate his father’s works, we’d have four novels.”

When the Silmarillion was first published, the British newspaper The Guardian wrote in a review - speaking of Ronald - "How, given little over half a century of work, did one man become the creative equivalent of a people?"

But as I pondered the life of the last Inkling, I realized that it was not one man: it was two.  My toast on January 3, 2021 will be: “The Professors.”

See Christopher Tolkien read the end of The Lord of the Rings here.